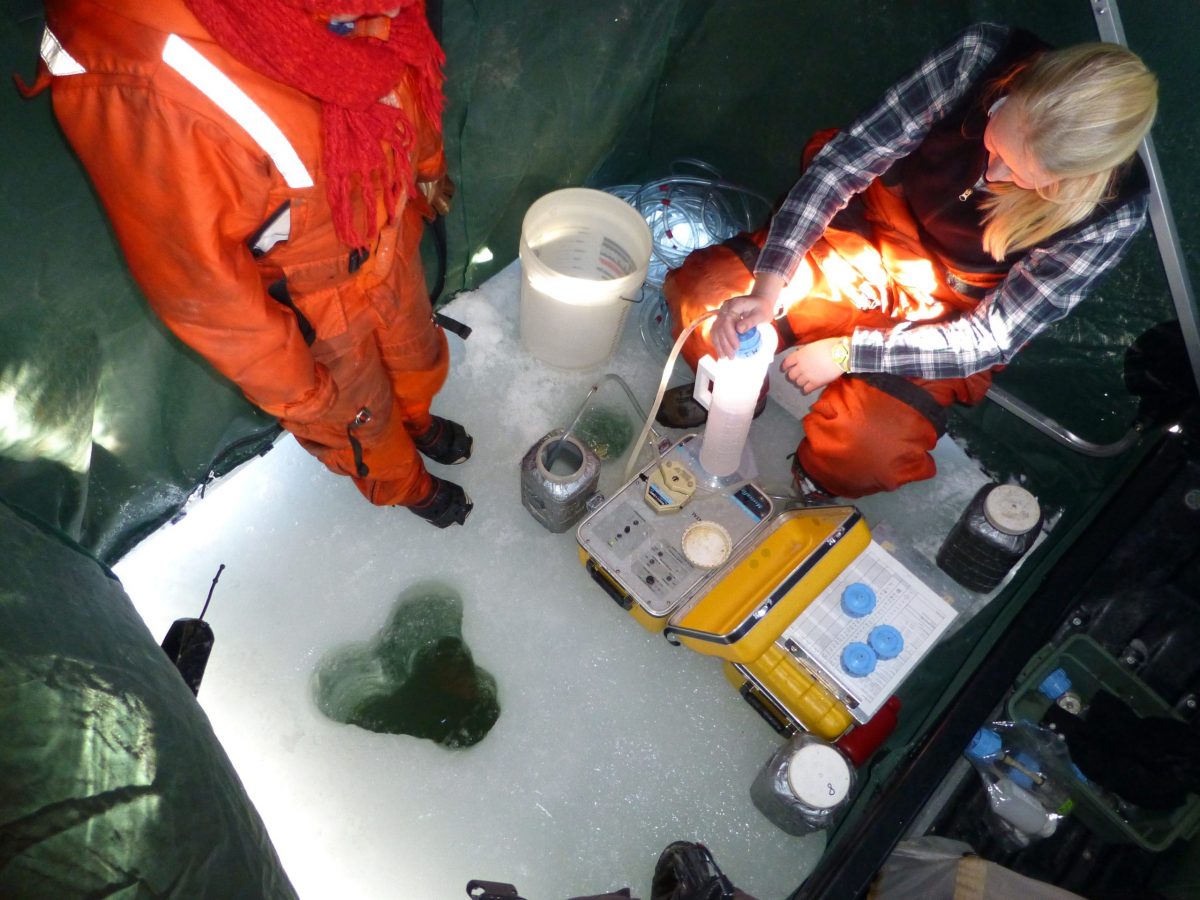 Remember the polar vortex? It was just a vague memory before we stumbled across the following post from our archives. Perhaps we had blocked out memories of the winter of subzero temps cold enough to close down schools strictly on a windchill basis. But one thing is certain – it was a good year for really thick lake ice!

Post originally published February 14, 2014 – A recent article on the website of the Wisconsin State Journal asked Ted Bier, a senior research specialist here at the CFL about this incredibly cold winter, what it meant for the ice on Madison lakes, and if he’d ever seen anything like it. It is, indeed, an unusual year, Bier confirmed. The State Journal went on to say that:

In his 12 years in Madison, the thickest he’d ever seen the ice was 18 inches in the winter of 2002-03, but last week Bier measured the ice on Lake Mendota at about two feet thick. “It is a unique year for sure,” Bier said. “The Dane County rule is that there are no vehicles on the lakes, and ATVs have to have floats. That makes sense for a lot of years, but this year you could drive an 18-wheeler straight out on Lake Mendota and not have the least worry of it falling through. Two feet of ice is incredibly strong.”

While we would NEVER, EVER advise actually driving a semi out on the ice (also, illegal), anyone who enjoys the frozen surface of our lakes for fishing, skiing, skating and more will tell you it’s been a good year.

The reason Ted can speak about the past 12 years of ice data, is that he’s been the one collecting it, along with a ton of other information like water chemistry, temperature and plankton samples as part of routine sampling for the North Temperate Lakes Long-Term Ecological Research program an NSF-funded attempt to get long-term data on ecosystems across North America.

Ted and undergraduate research assistant, Kirsten Rhude recently headed out on Lake Mendota as part of their winter sampling routine and sent back these pictures. Scroll through for a “play-by-play” of a day in the life of a winter LTER technician! 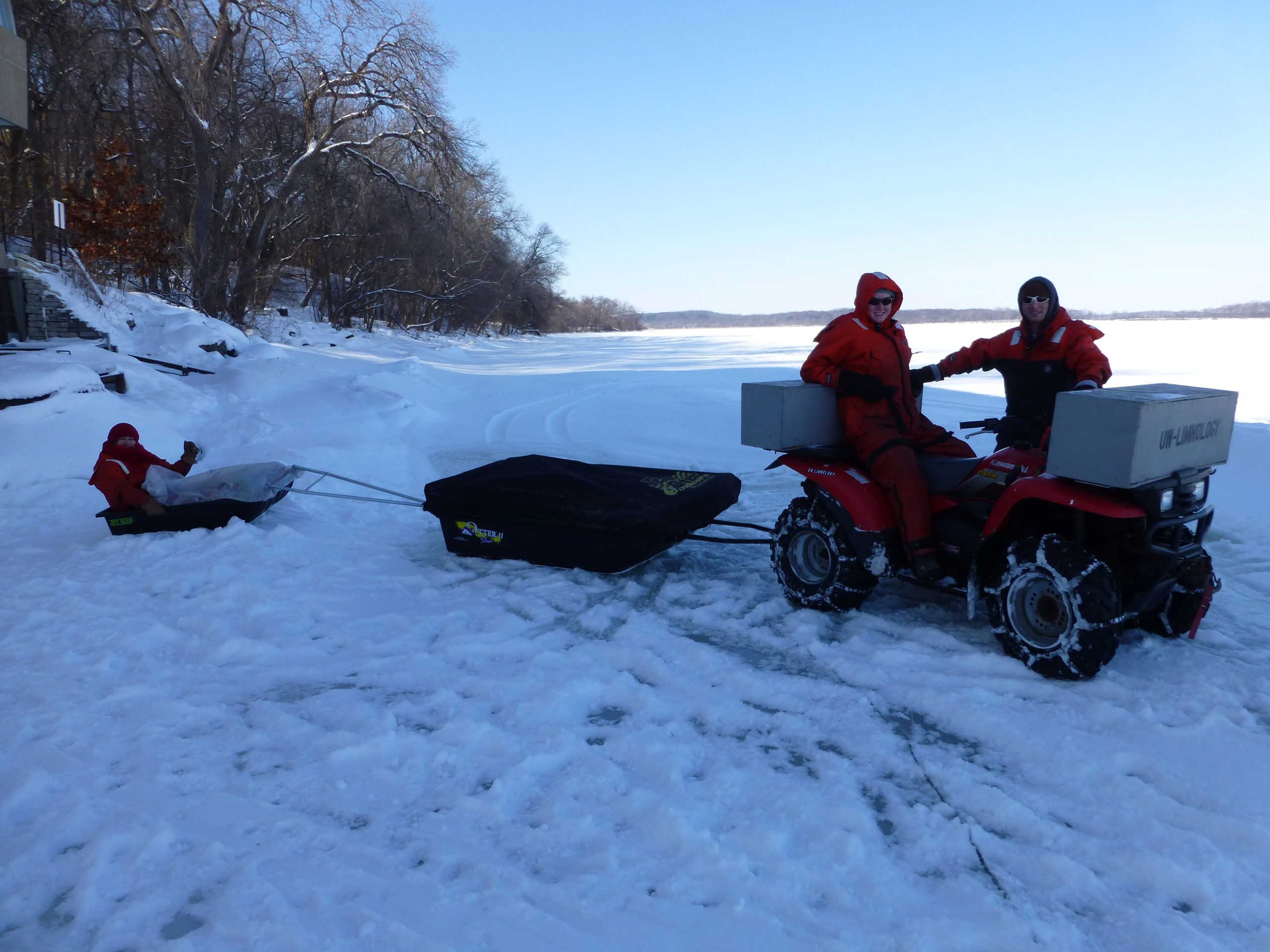 Shelter, a mode of transportation and all the ice the LTER base crew needs for winter sampling. 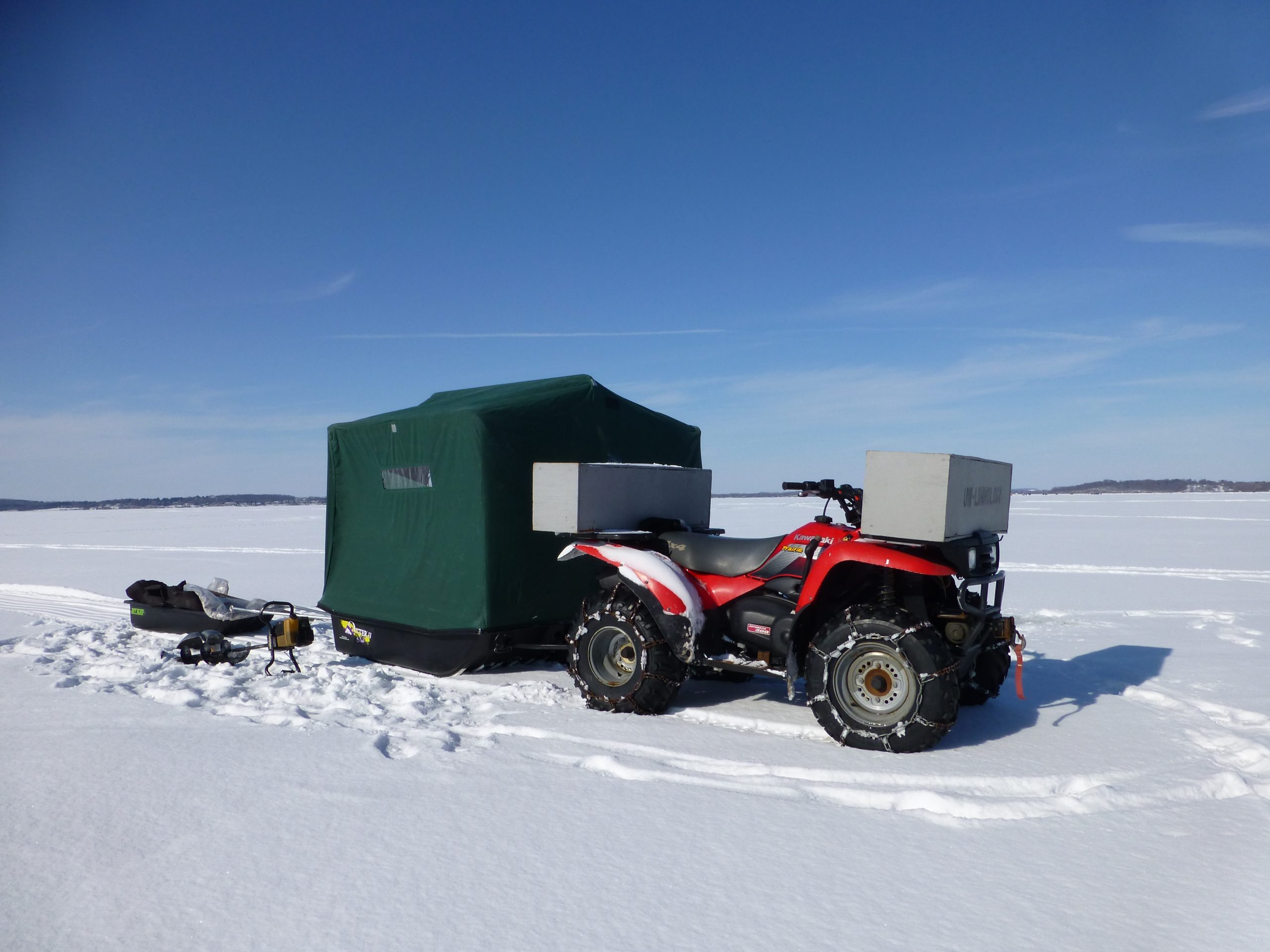 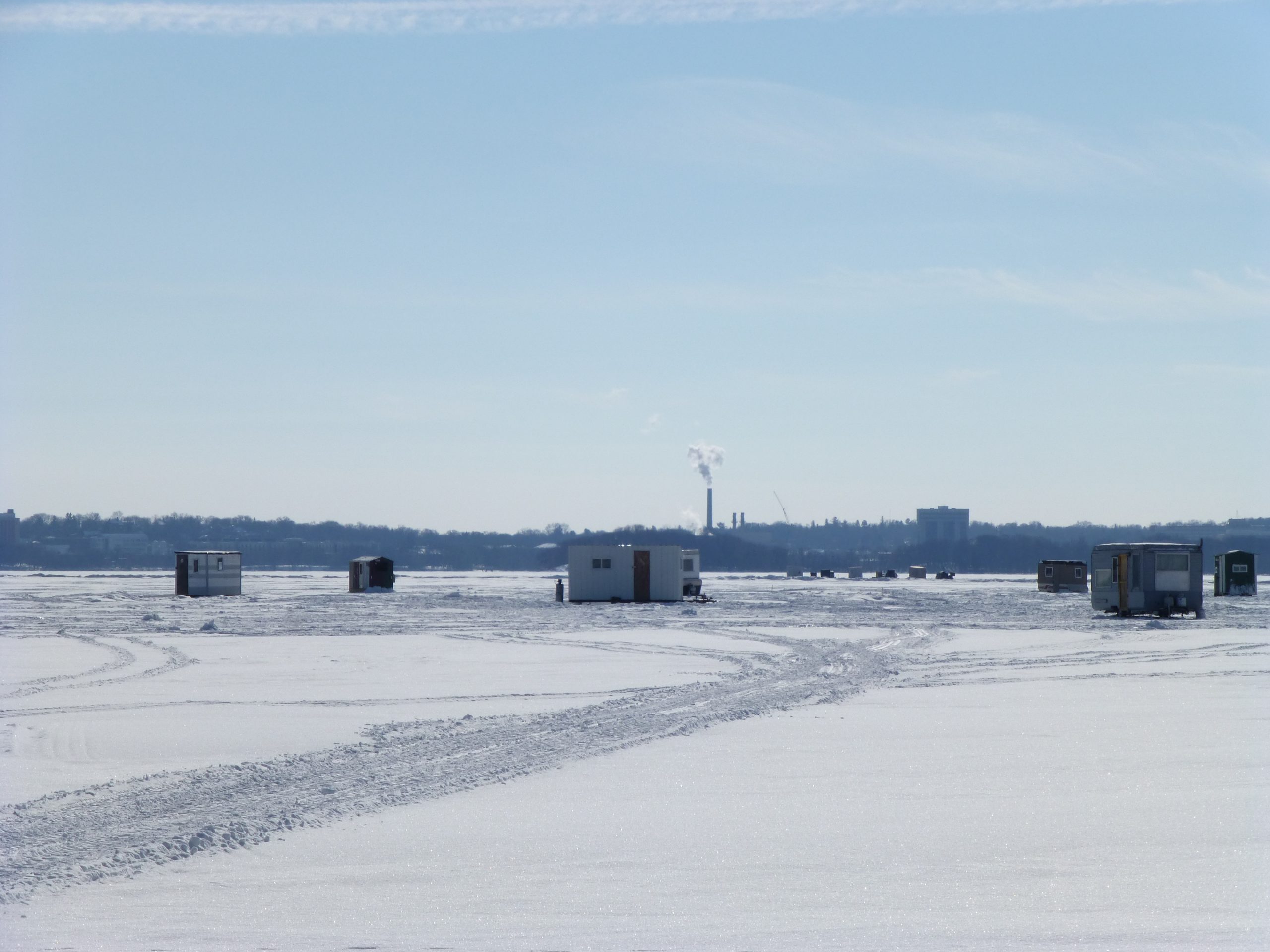 Hasler Lab sits in the background adjacent to the UW-Madison’s lakeshore path as the LTER crew collects their samples far out on the ice. 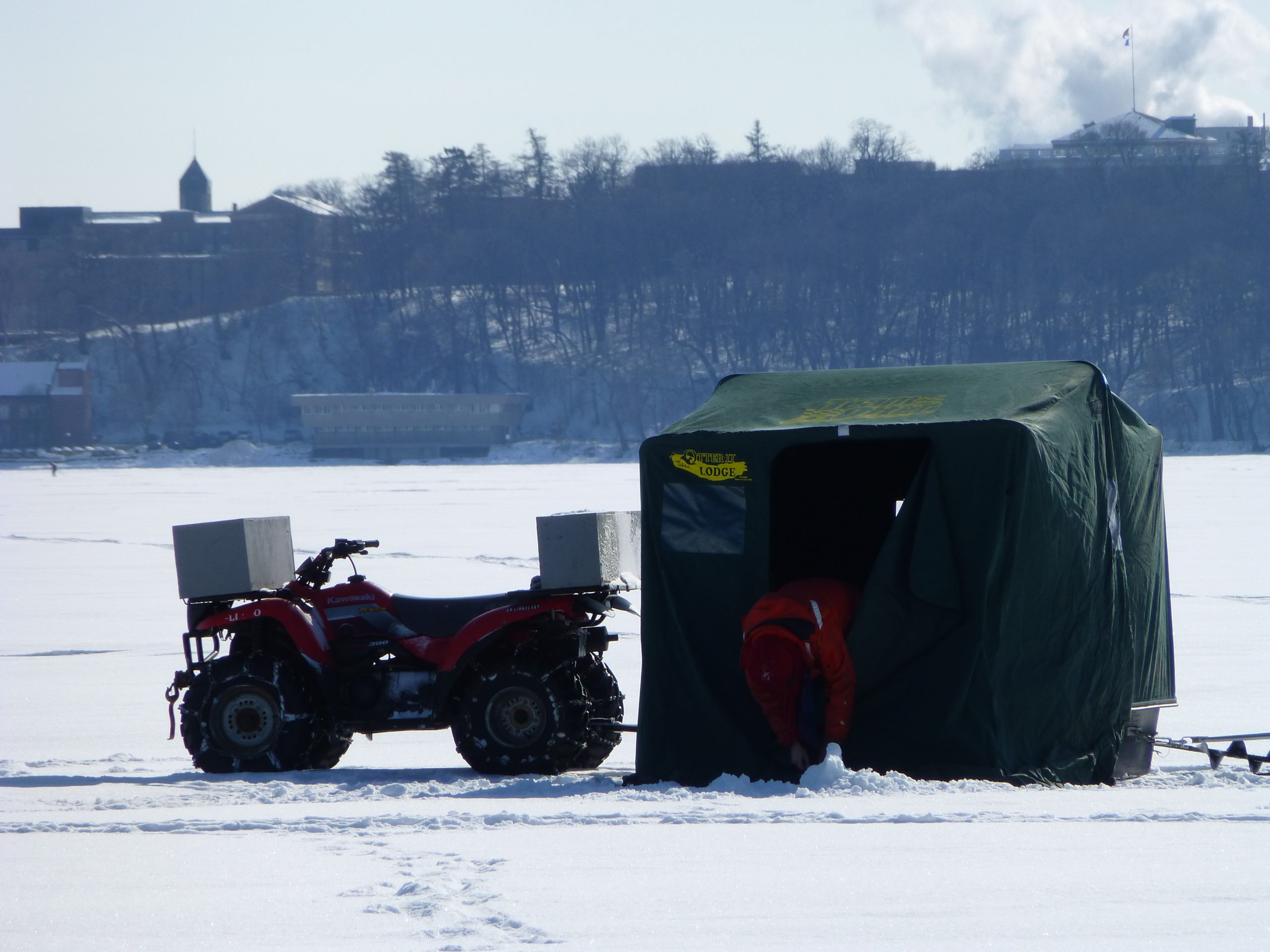 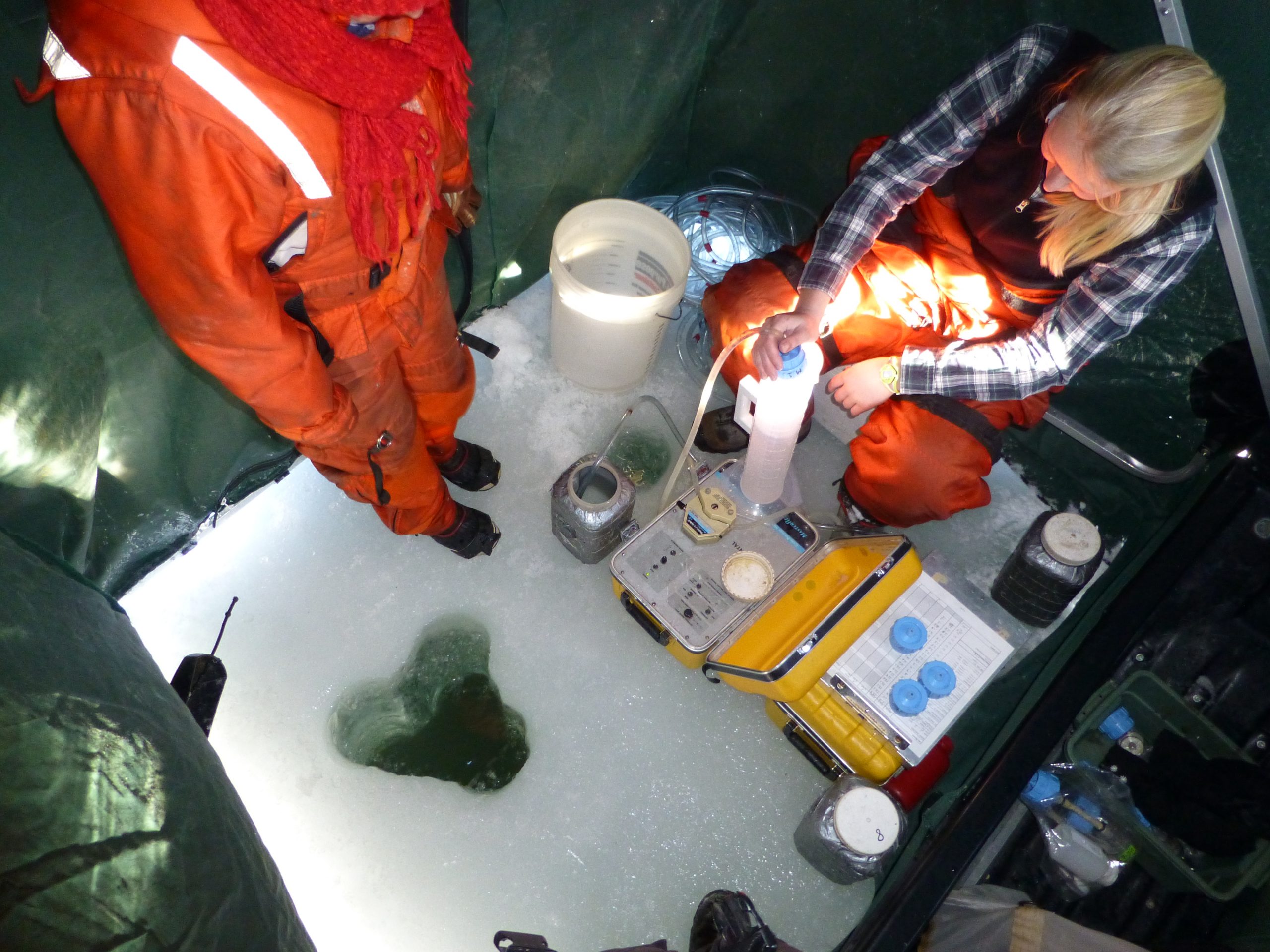 Even in this frigid winter, lake ice is dynamic, shifting and moving as large sheets move somewhat like tectonic plates, pushing together and pulling apart, as this shot from an ice “crevasse” proves. 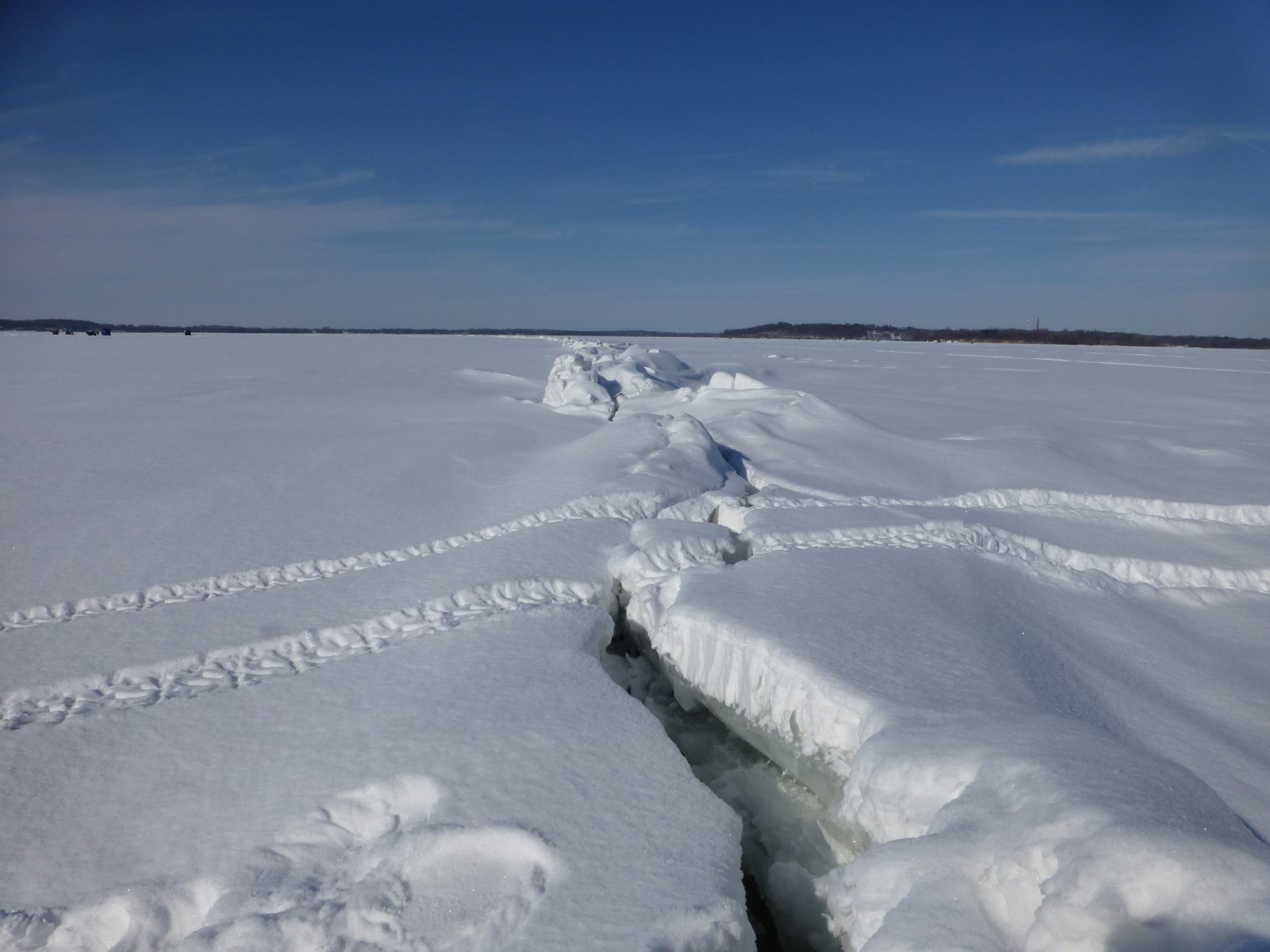 Inside the ice “crevasse.”: 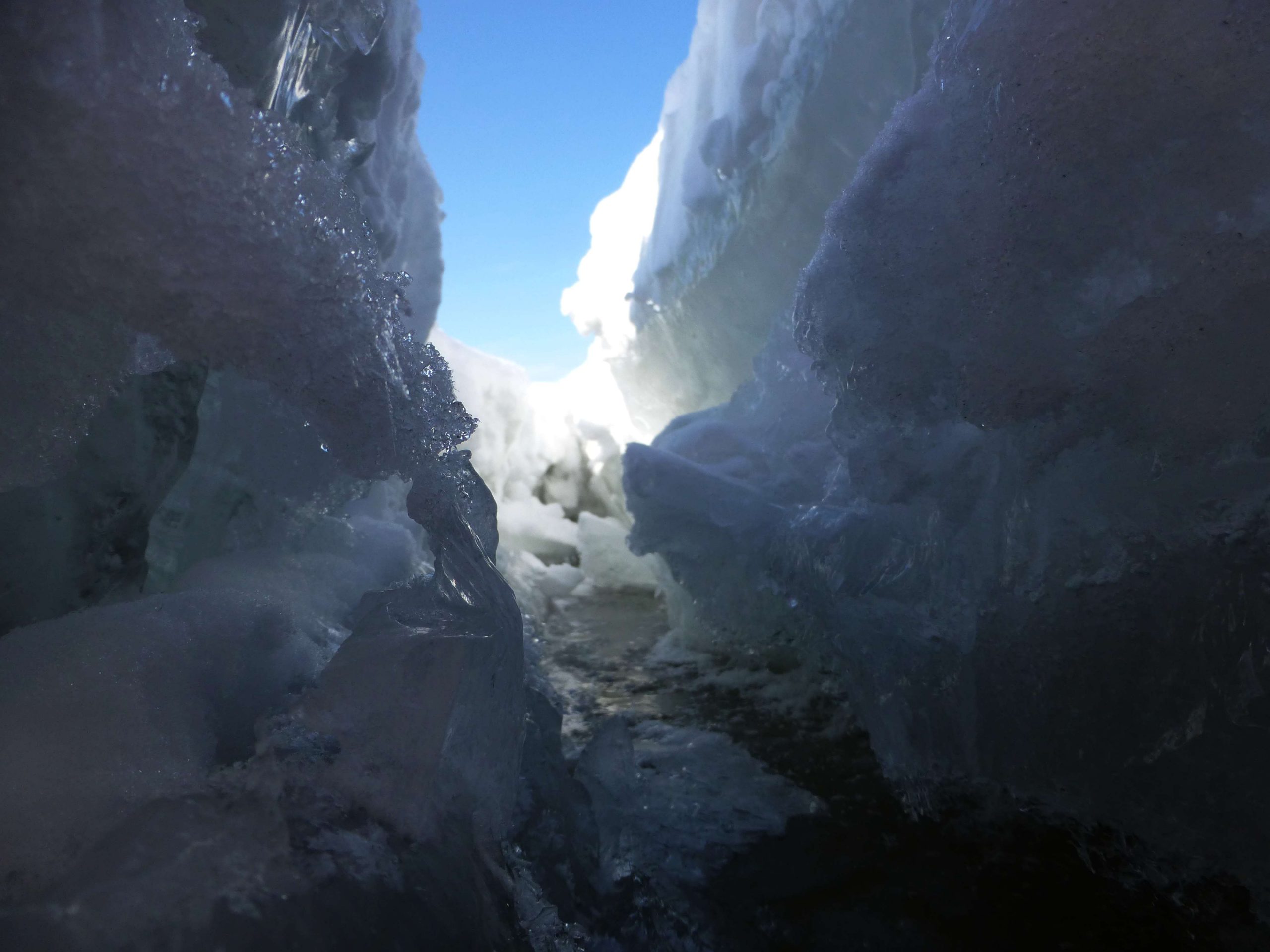 Lake Mendota with a two-foot thick cap of ice, February 201. 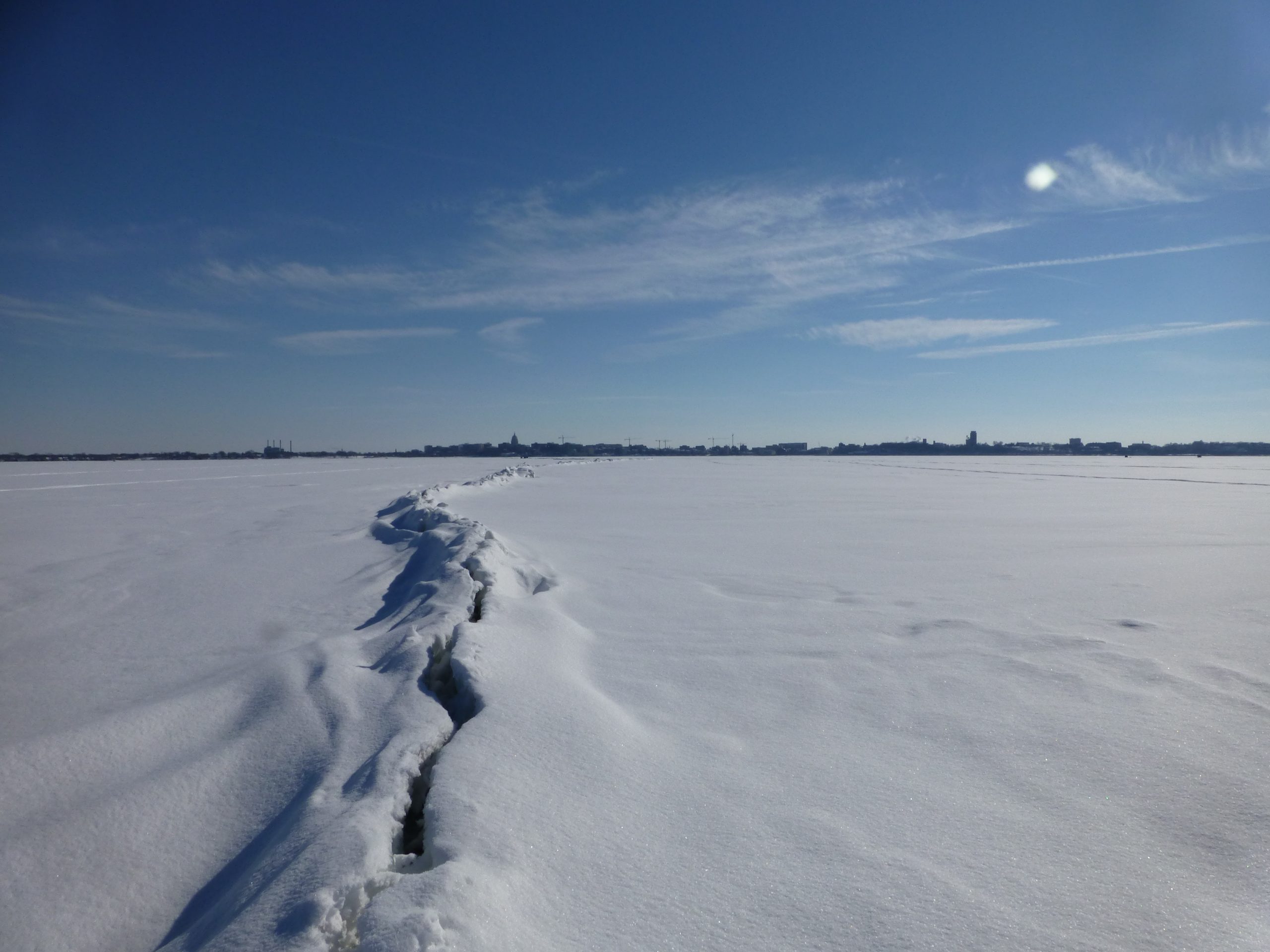 You can read the full WSJ article here.