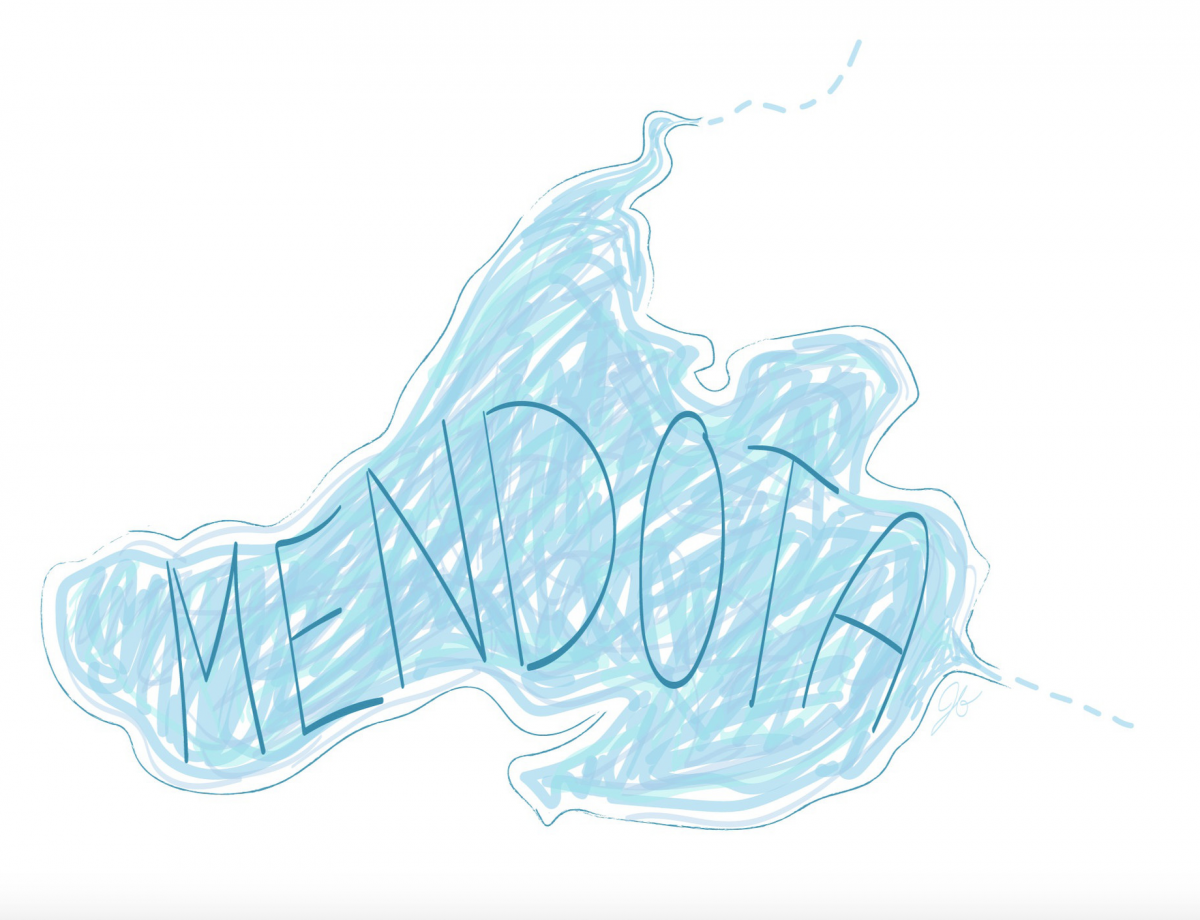 Holding History, a UW-Madison-based project, helps students explore how cultural knowledge is made and preserved and share what they learn with broader audiences. Their series, Water Lines, is produced by 2019 Trout Lake Station summer student, Julia Buskirk.

Story and images by Julia Buskirk

Lake Mendota, like most bodies of water, is part of a much larger “watershed”: all the land and waterways that eventually channel water to the same source. Mendota resides in the Yahara Watershed, 170,000-acres of land and water in South Central Wisconsin. This means that a raindrop falling anywhere in this area will eventually find its way into the Yahara River. If you kept following a raindrop from where it plinked into Lake Mendota, it would carry you into the Rock River further South, eventually meandering towards the great Mississippi that would lead you down to the Gulf of Mexico.

Lake Mendota is the biggest lake in Dejope, the chain of Four Lakes that the Yahara River runs through. The indigenous Ho-Chunk usually navigated this chain of lakes coming up from the southern Rock River, so to these people Mendota is considered the Fourth Lake. The first Europeans who surveyed the land also called these waters the Fourth Lake since they began their survey in the south, coming across Lake Mendota last while drawing up their maps.

Instead of thinking of how humans navigate the waterways of Dejope, science looks at how the water flows. This makes Lake Mendota the “First” Lake in the watershed since the Yahara River runs from north to south. Thinking of the lake in these terms is helpful when understanding how nutrients, pollutants, and other variables move through this system. But it still may be more practical for you to think of Mendota as the Fourth Lake if you regularly take your boat up the river from southernmost Kegonsa. Same goes if you live near the border of Illinois and you’re driving up to visit the capital of Madison which sits on the shoreline of northernmost Mendota. Or if it’s simply what you grew up calling her.

S0, “First” or “Fourth” lake? Both are right depending on your context. The most important thing is simply that Mendota doesn’t exist alone. Mendota is not only connected to these other lakes of Dejope, but to the 170,000 acres of city, agriculture, and greenway that make up the watershed around them. More than 370,000 people––dairy farmers, amateur anglers, Ho-Chunk people, University students, sailors, truckers, conservatives, liberals, and everyone in between––are united in this watershed through the way that the water flows and the way that we treat it.

Studying Mendota gives us insight into the complex ways these 170,000 acres are being used and their impacts on the watershed. And whatever’s happening in Mendota flows down the Yahara River into the rest of Dejope and beyond.