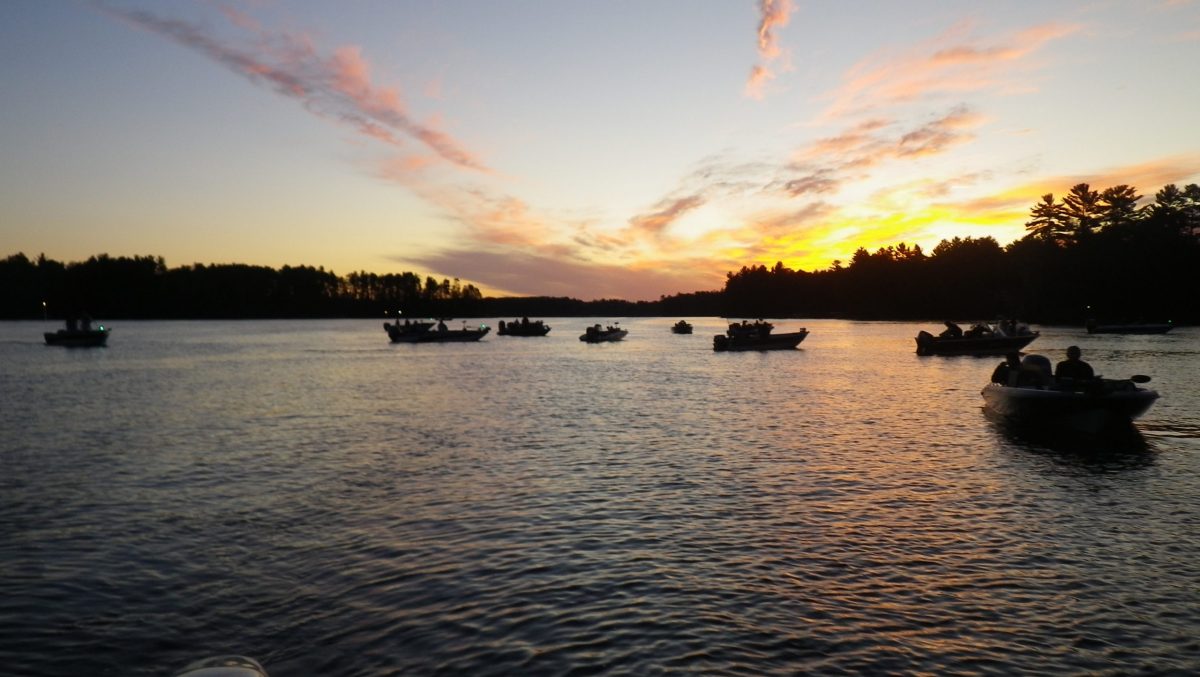 Call it the “lake-to-table” movement. A new study in the journal Fisheries looked at the fish-harvesting habits of the million-plus anglers who annually fish Wisconsin lakes. What they found is that, armed with little more than a rod and reel, Wisconsin anglers are really good at bringing home the bacon – or, rather, fillet.

Federal estimates of fish consumption in America place the per capita amount of seafood consumed at fifteen to sixteen pounds per adult per year. Of that, a little more than two pounds is freshwater fish. But those estimates, says Holly Embke, a graduate student at the University of Wisconsin–Madison’s Center for Limnology, are “really only from commercial fisheries being considered – so, on the freshwater front, it’s fish like farmed catfish or Great Lakes whitefish. [Estimates] don’t consider recreational fisheries.”

It turns out that, for Wisconsin at least, what we buy from the store only tells half the tale.

To get the full story, Embke and her colleagues from UW-Madison and the United States Geological Survey took Wisconsin Department of Natural Resources estimates on annual angler harvest of fish, scaled those estimates up to the statewide level, and converted that data into an “edible portion” weight to better represent how many fillets might actually end up on the dinner table. When they divided that by the number of state fishing licenses sold, it worked out to about two-and-a-half pounds of fish per angler per year.

In other words, recreational fisheries contribute as much, if not more, to our annual freshwater fish consumption than commercial supplies do.

Embke says that this revelation underscores the importance of recreational fisheries as sources of food.

“On a global scale, there’s a lot of interest in identifying where people get their food and protecting those food sources,” she says. “Recreational fisheries are definitely an underrepresented and unmeasured source of food for many people.”

What’s more, Embke says, the economic impact of recreational fisheries is also underrepresented. While a lot is made over the amount of money things like tackle and bait sales and charter fishing rentals bring to local economies, a price tag is rarely placed on the fish anglers are landing. Embke and her team did some “quick math,” she says, and, “if people were buying this same amount of fish in the grocery store, they’d be spending $65 million each year.”

In addition to studying the size and scope of Wisconsin’s recreational fishery as a food source, Embke’s research highlighted other interesting trends over the 28-year time period they studied.

For example, from 1990 to 2017, the number of fishing licenses sold in Wisconsin each year has been on a downward trend. However, the overall harvest numbers for the fishery have remained the same, reflecting the importance of fish as a food source. Another trend underscoring this, Embke says, emerges when you look at what species anglers are after.

“So anglers seem to be doing this ‘harvest switching’ to compensate,” Embke says. “Which illustrates that this is, in fact, a source of food for these folks. Maybe some highly skilled anglers are still harvesting walleye, but for your average anglers, they’re just going to start going for fish they can easily catch, especially if they’re going for fish they want to eat.”

Embke hopes her research can help better inform management of freshwater fisheries around the globe and point to the need to keep monitoring these trends and properly valuing recreational fisheries as an important resource. Her team is now working on estimates of recreational fish consumption for the entire U.S. and hopes to develop baseline numbers of harvest for different species in different states.

“These are important public resources,” she says. “Gaining that understanding can inform so many things for now and into the future.”