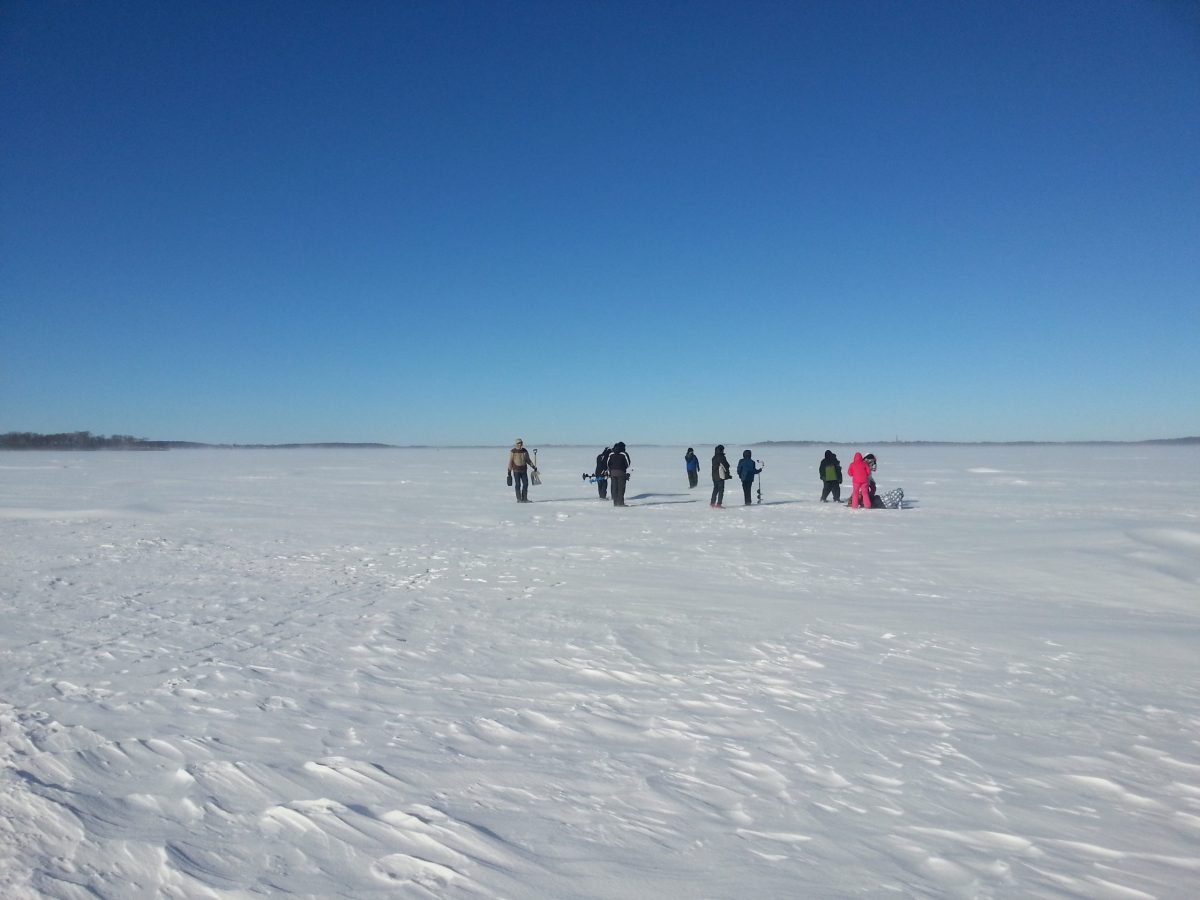 FOR IMMEDIATE RELEASE:  – Most projections about the dangers of climate change focus on excessive heat as a pressing threat to human lives. But, according to a new study from an international team of researchers, the colder parts of the year are also becoming more deadly – as winters become milder and lake ice less stable, more children and young adults are falling through the ice and fatally drowning.

These grim findings were reported today in a study published in the journal PLOS One. The study looked at data on 4,000 drownings over several decades in 10 countries, including Canada, Russia, Finland, Germany, Sweden, and the United States. That data showed that warming winter air temperatures were a good predictor of the number of drownings.

“The time when the risk of drowning is greatest is at the beginning and the end of winter, which also corresponds to the weakest ice, when it is less stable and less thick,” says lead researcher Sapna Sharma, of York University in Toronto, Ontario.

“In this study, we also looked at who was drowning, when, and what kind of activities they were doing at the time,” says Sharma. “Almost 50 per cent of drowning victims are children less than nine years old playing on the ice, while the majority of victims drowning while in vehicles, such as snowmobiles, are young adults less than 24 years old.”

The complex nature of changing winters – warming temperatures, rain on snow, and freeze-thaw events – is destabilizing the ice on freshwater lakes and rivers in countries across the Northern Hemisphere.

Frozen lakes and rivers provide important subsistence, recreational and cultural services for communities around the Northern Hemisphere, says John Magnsuon, professor emeritus of the Center for Limnology at the University of Wisconsin-Madison. But, with warming winter air temperatures, he says, activities ranging from ice fishing to winter festivals to pond hockey are melting away.

In fact, the Wisconsin lakes Magnuson most closely studies now spend, on average, only three months frozen during the winter compared to historical averages of four. This trend is reflected in lakes around the world as winter climates warm and put them at risk of experiencing some ice-free winters in the coming decades.

Magnuson has spent several years researching these trends with Sharma and her team and, as they documented changing winters, he says, the idea of less reliable ice made them wonder what that might mean for human safety.

The researchers gathered drowning records from corners’ offices, police stations and lifesaving societies around the world. They also collected temperature and precipitation data for each month and area for each drowning across Canada, Estonia, Germany, Latvia, Finland, Russia and Sweden, for regions of Italy and Japan, and from 14 states in the U.S.

“Southern Wisconsin lakes are near the southern limit of where ice cover forms on lakes in winter,” Magnuson says. “Our paper points out that people, especially parents with young children or young adults should take care in deciding when to be on lake ice. Times that are especially dangerous are when the ice first forms in early winter and as ice is weakening prior to breakup in late winter or spring,” he says.

Sharma agrees. “We are seeing these trends in lakes and rivers across the Northern Hemisphere and we found that the highest number of drowning events correspond to these times of ice-off and ice-on,” she says. “Lake ice is important as we have strong traditions for going out on the ice to skate or ice fish, and for some, it’s important for survival, such as through the construction of ice roads in northern communities that are the only way to get resources in the winter.”

The researchers found, however, that in those countries that have strong regulations about who can go on the ice, when, and for what activity, such as Italy and Germany, they have low incidences of winter drownings. Sharma suggests incorporating winter ice safety in swimming lessons for children.

“The climate is changing and it’s affecting when you can be on the ice safely. Individuals need to take that into account, especially this winter when more individuals will be out enjoying winter ice activities,” says Sharma. “Times have changed, and climate has changed. Winters are among the fastest warming season, especially in Northern countries, and we’re seeing the impacts of that on our lakes, and it’s also contributing to tragedies each winter.”