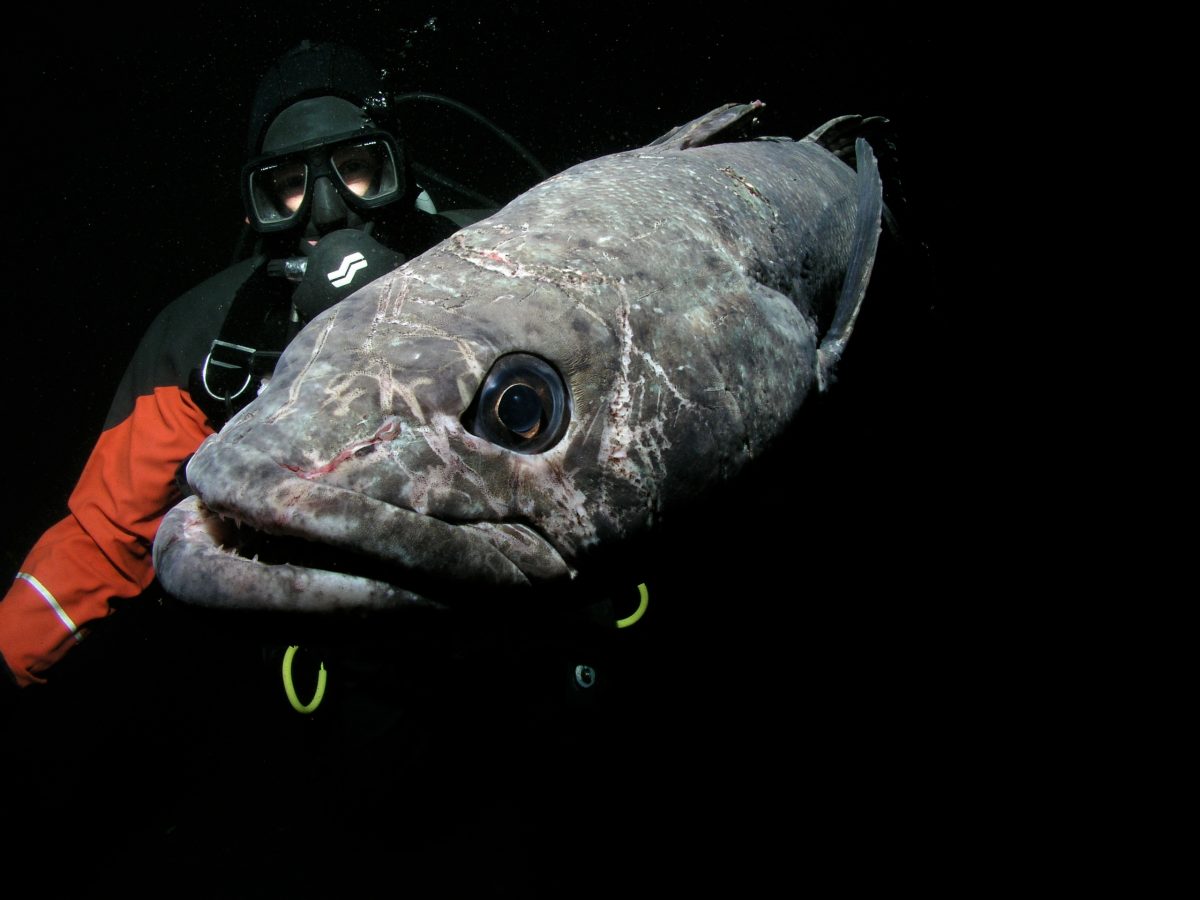 The Antarctic toothfish (Dissostichus mawsoni) is a large, nearly six-foot long resident of Earth’s very southernmost waters. It’s range begins at the 60th parallel, which is basically the beginning of the Southern Ocean which means, as the fish’s name might suggest, that it inhabits some of the coldest waters in the world right along the continental shelf of Antarctica.

In fact, the Antarctic toothfish exists in waters that are often at, or even a little bit below, freezing temperatures. (Salt water has a lower freeze point than fresh). And it is that piece of life history that makes this far flung finfish an intriguing subject for scientists studying something you might find completely unexpected – how to keep winter roads safe in an environmentally friendly manner. Salt is toxic to freshwater organisms and, indeed, lakes and rivers around the world are getting saltier in areas where humans use salt to combat ice and snow on winter roads and sidewalks.

In an article for the fantastic online outlet The Conversation, University of Denver materials scientist, Monika Bleszynski writes that the Antarctica toothfish may one day lead researchers like her to an ecologically safe alternative to the big crystals of rock salt we currently use.

“By taking a page from nature, my colleagues and I hope to develop effective but more benign antifreeze compounds,” she writes.

You see, fish that inhabit super cold waters like those found in the Southern Ocean produce what are called antifreeze glycoproteins to keep the blood from literally freezing in their veins.

Bleszynski is currently using computer modeling to understand how these proteins interact with water molecules and bind to ice crystals. Her team is also working to figure out ways to engineer around the glycoproteins’ relative fragility.

“Most of these glycoproteins are delicate structures that break down quickly in the harsh outside world,” Bleszynski writes in her article. “But my colleagues and I are learning how to make our own antifreeze compounds through imitation. Our first challenge is to learn how the natural versions work so we can re-create them.”

If they can crack that code, they hope to then be able to build a compound that will last long enough to do its antifreeze job, before then breaking down into molecules that won’t leave the same toxic legacy as road salt.

While toothfish-inspired ice inhibitors are a long way from a winter reality, don’t be surprised if, in some not-too-distant future, the synthetic stuff being sprayed on your roads and parking lots is a lot safer than our current crystals of rock salt. And, if that future comes to pass, thank a cold-loving saltwater species for helping us protect our freshwater systems!

For more on Dr. Blesynski’s research, head here. And be sure to bookmark The Conversation – it’s a great resource for all sorts of cool science explained by the scientists in their own words (with the help of some fantastic editors, of course!).