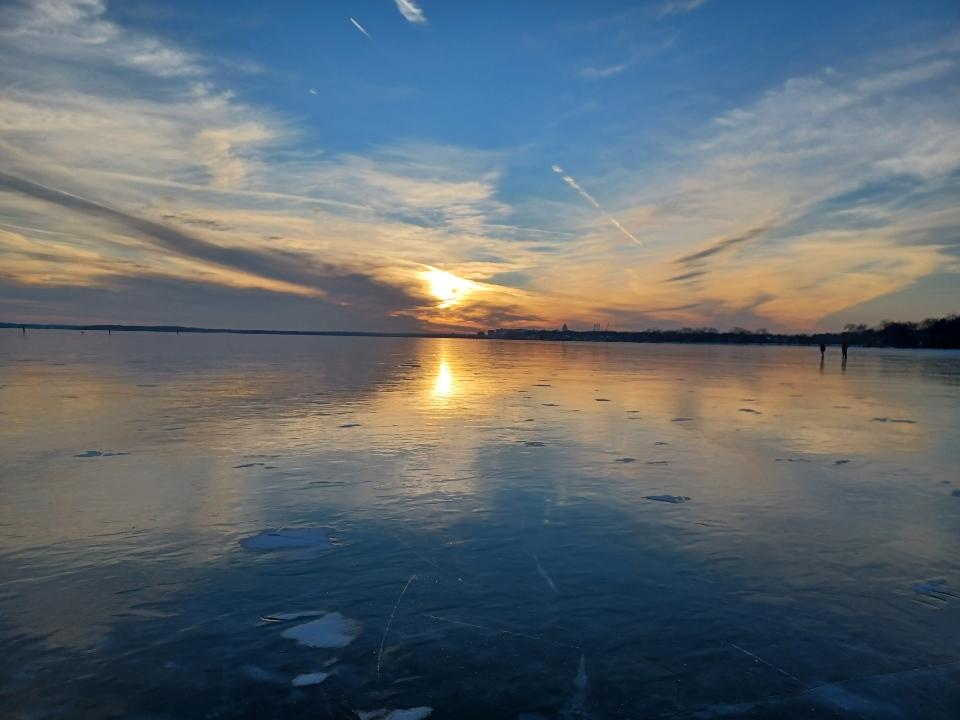 When Lake Monona in Madison, Wisconsin froze over a few days after New Year’s Eve, it marked the beginning of “ice season,” a time of year when (once the ice gets thick enough, of course) the iconic bodies of water in this lake-rich city suddenly become host to a variety of outdoor pursuits.

Winter is a time when the lakes are open to all, no sailboat, speedboat or pontoon needed. From simply walking a dog on the lakes’ frozen surface, to ice fishing, ice skating, ice boating and whatever it’s called when you use a giant sail and skis to rocket over the slick surface, our relationship with the lakes changes.

Unfortunately, this January freeze date was a sign of another change underway in our lakes.

Climate change is driving later freeze dates and earlier thaws for bodies of freshwater across the Northern Hemisphere. Here in Madison, we’ve been keeping track of those dates for 170 years or so – long enough to see some trends in our lake ice “seasons.” In fact, since we began keeping records, the number of days our lakes spend covered in ice each winter has shrunk by a month. Where it was once common for the lakes to freeze in mid December and hold ice until April, the story is now more often of a January freeze date and March thaw.

According to the Wisconsin State Climatology office, the official freeze date for Lake Monona this year was January 3rd, with Lake Mendota following suit four days later on January 7th. Those dates don’t rank in the top ten latest freeze dates on record, but they are more than two weeks beyond the median freeze date of December 20th.

Since record keeping began in 1852, the median freeze date of Madison’s lakes is five days before Christmas. But that number can be misleading. While a majority of freeze dates are earlier than December 20th in the first several decades of our ice records, the last few decades reveal a very different picture of what a “normal” ice season looks like.

Sadly, this all makes sense, given that the ten hottest years on record in terms of average global temperate have all occurred, well, basically in the last ten years.

As a result, lakes around the world are rapidly losing their ice, with studies indicating that some regions will soon enter a period when ice-free winters become a something that could actually occur and more dangerous, unstable ice conditions become the norm during freeze and thaw cycles.

Luckily, for those of us currently enjoying the winter wonderland of smooth skating on Lake Monona and ice fishing on Mendota, we’ve got a long way to go before lake ice is little more than a memory. And, while we may have less time to enjoy it each year, our frozen lakes can remind us that winter has its charms. And that anything we can do to help mitigate climate change will help ensure future generations get a chance to experience this “magical” time of year.

Editor’s Note: NO ice can be 100% safe, to learn more about ice safety, see these guidelines from the Wisconsin Department of Natural Resources