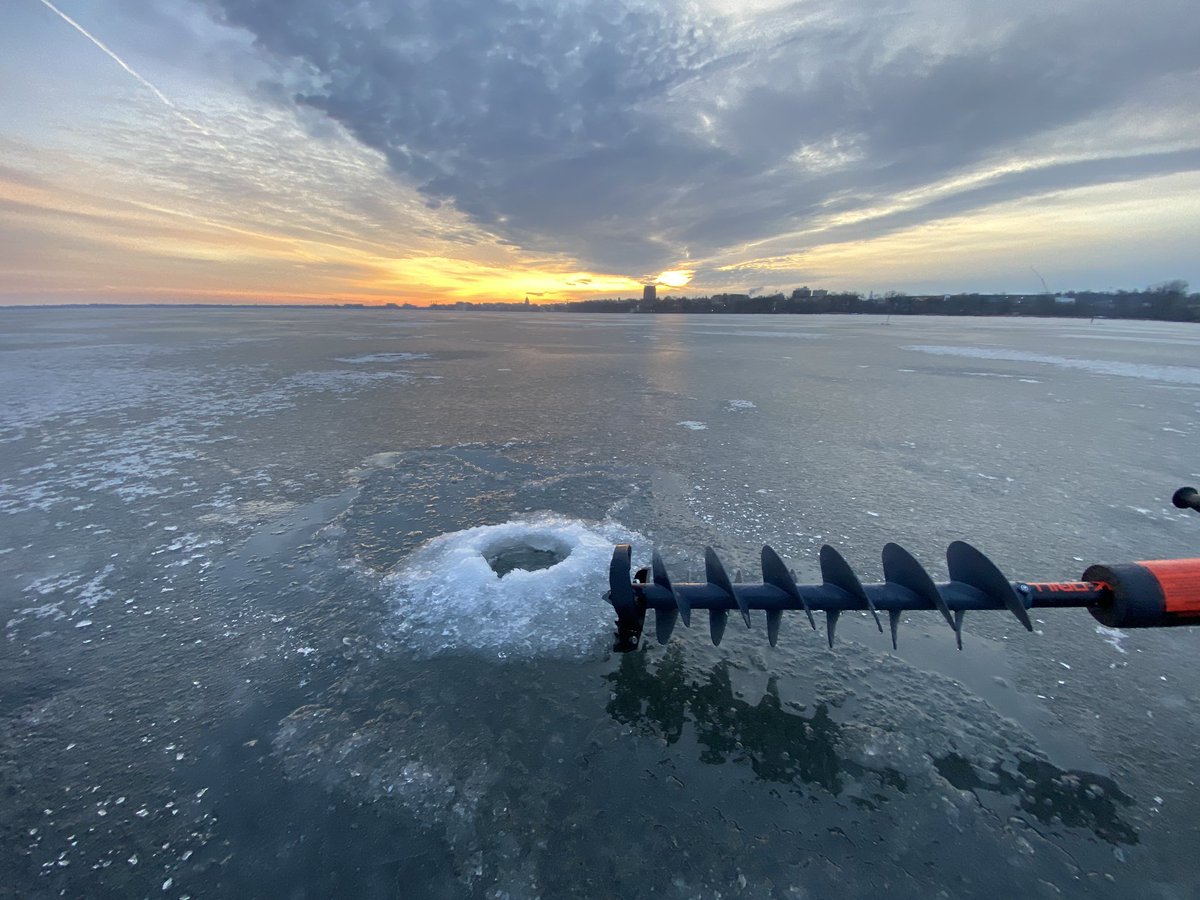 Lake Monona had frozen over roughly a week earlier on December 19th, and a long run of incredibly cold, subfreezing temperatures had built a thick layer of ice.

So, where do these December freeze dates rank in the 170-year-long record?

If you look at Lake Mendota’s data from only the last 22 years, a Christmas-day freeze falls early. Since the 2000-2001 winter season, the median freeze date of Lake Mendota is right on New Year’s Day – January 1st. That puts December 25th a full week earlier than what many of us might think of as “normal” based on our own lived experience here in Madison.

For Lake Monona, its December 19th freeze actually becomes the new median date for the 2000’s. So neither late nor early but, as far as medians are calculated, right on time!

(Quick math refresher: the median is the exact middle point of a dataset. So in Lake Mendota’s 23-year record of freeze dates for the 2000’s, January 1st has 11 earlier freeze dates on one side and 11 later freeze dates on the other – we’re using median here because it is the same metric the State Climatology Office uses in its ice records).

However, if we deploy this same calculation over an earlier time period, it provides a dramatic illustration of just how much times have changed. Starting in 1852, the median freeze date of the first 23 entries into our Lake Mendota ice record is December 10th. That means a Christmas Day ice-on date would have felt two weeks overdue to people living in Madison then!

While this winter’s ice season may have gotten off to an earlier start than we’ve been used to these last couple of decades, it is still following the larger trend of later freezes overall. Thanks primarily to the upward trajectory of global average temperatures, lakes across the Midwest are freezing later and thawing sooner. According to the Wisconsin Initiative on Climate Change Impacts, average temperatures in the state have risen by about 3 degrees Fahrenheit since the 1950s – and more warming is on the way.

While we live through that shift, December freeze dates will become even more and more uncommon. We probably won’t lose them altogether but, when they do occur, the overriding feeling among those of us who enjoy our winter lake ice will be the feeling that Christmas came early.