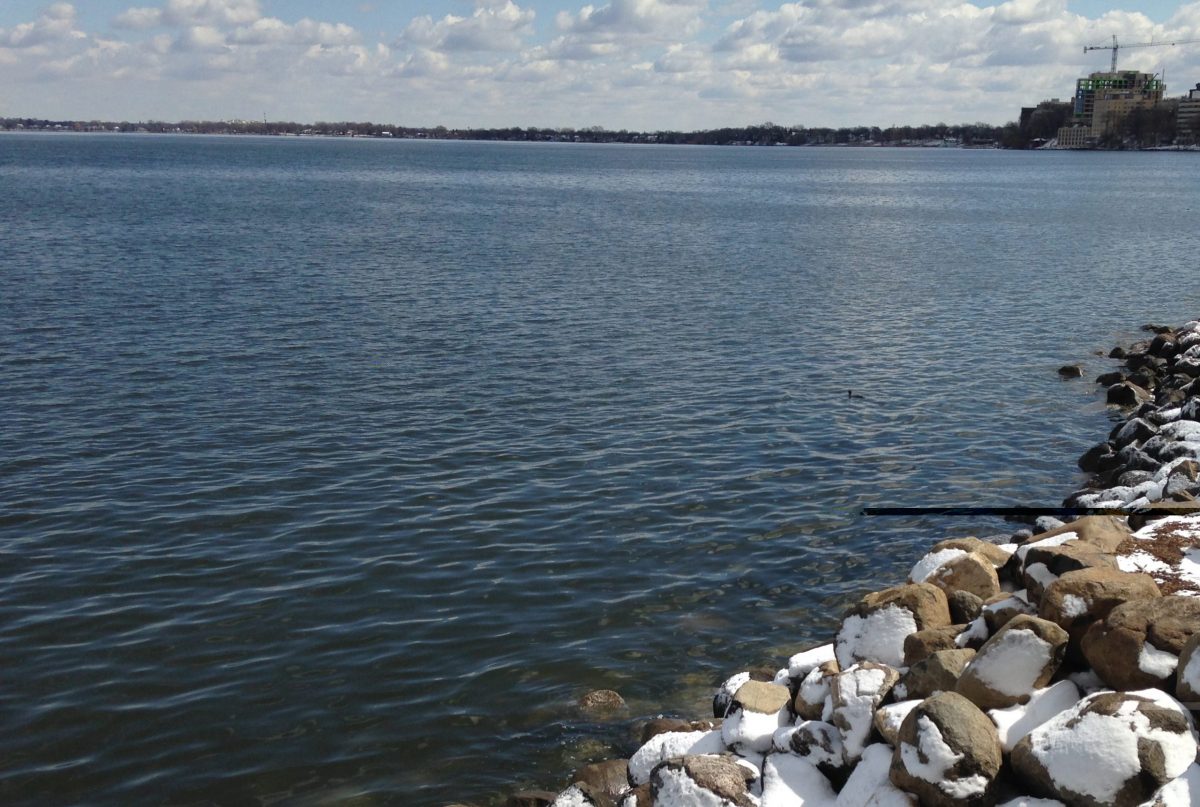 It’s official! Not even highs in the low 40’s and a couple of overnight snow showers could stop it – spring has arrived in Madison. According to the Wisconsin state climatologist, (sorry, John Young!), Lake Mendota was free of ice on April 12th, right on the heels of the thaw of other Madison lakes Monona (April 10th) and Wingra (April 9th).


Although the daily highs have been nothing to write home about, strong winds really did the trick, keeping the surface too choppy for ice to refreeze during nightly lows. The April 12th thaw date is only one day later than last year, but ranks as the latest ice off date since 1979.
All told, Lake Mendota was ice-covered for 117 days this year, a boon for anyone who loves to ice fish, ice skate, cross country ski, or kite board across the snowy surface. This year’s date would be considered “nearly late” in the records. In 1857, Mendota wasn’t melted until May 6th. And, in 1998, the water was back to liquid form by February 27th. Click here for a chart that illustrates how April 12th, while later than most recent years, wasn’t all that remarkable “back in the day.”
Regardless of where this year’s thaw ranks, right on cue, loons are calling outside our office windows, waves are banging on the door to our boat slip and scientists are scrambling to get their gear ready for field season.

Our post-doctoral researcher, Solomon David, got an early jump on field season, since his work revolves around another springtime phenomenon – fish migrations. We’ll have a lot more on migrations coming this spring, but Solomon is currently in Green Bay netting and tagging northern pike as they make their way inland from Lake Michigan.
Solomon is part of Pete McIntyre’s group, working on studies of Great Lakes fish migrations and the barriers they face to get to their spawning grounds.

He also really knows how to use a GoPro camera, as evidenced by the picture and movie below!

Stay tuned for all sorts of updates on CFL research as our students and faculty get back out on the water to explore our fantastic aquatic ecosystems!

1 thought on “Spring Has Sprung in Wisconsin’s Waters”