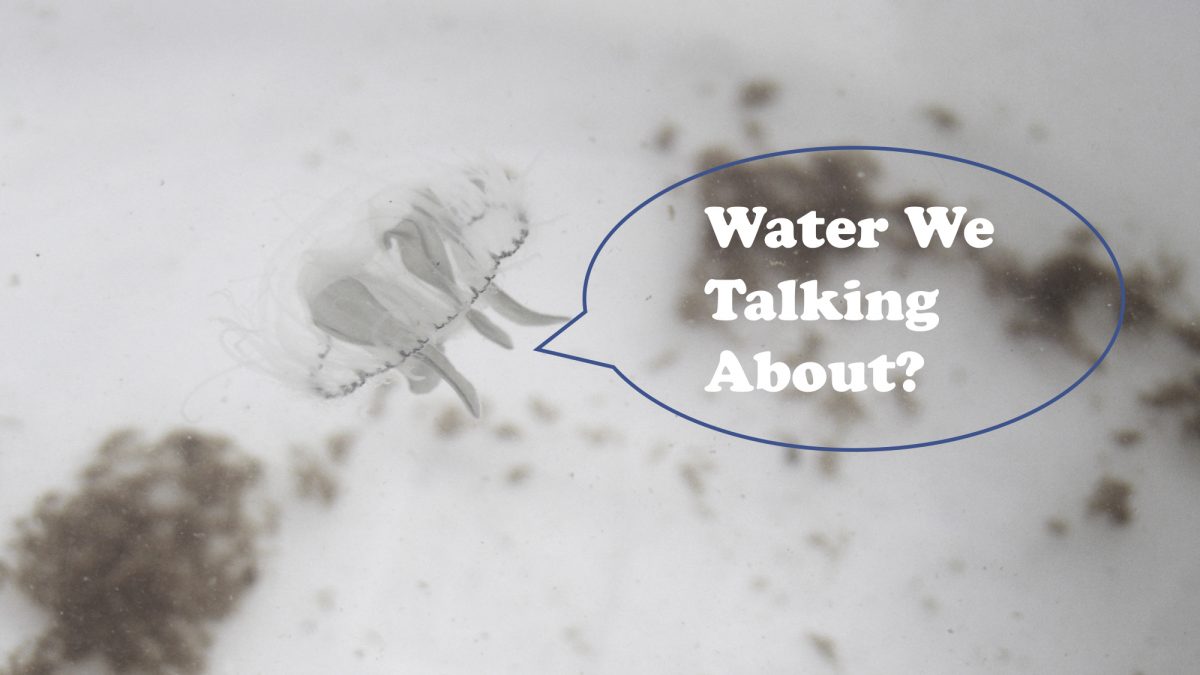 Once again, we’ve made it to another Friday! And that means it’s time for Water We Talking About?

Kids have questions and we track down a scientist with an answer. Today Lukas asks about a certain critter most people associate with the oceans…

Do we have freshwater jellyfish in Wisconsin? And, if so, are they dangerous?

Hi Lukas! Thanks for having your parents send along this question. We ran it by one of our favorite people, Susan Knight, who is a scientist at Trout Lake Station, our northern Wisconsin research lab. Susan’s big love is aquatic plants, especially the carnivorous plants found in Wisconsin (she’s a botanist after all). But Susan also has a soft spot for the little critters she sometimes finds when she’s out hunting for plants. She often documents her adventures in a series called “Field Notes” on the WXPR radio station. Here’s what she had to say:

Lukas, thanks for asking about one of the coolest invertebrates in our lakes. People are often surprised that there even are freshwater jellyfish but yes – they are here! They are small – about the size of a penny, and in the lake, they look very much like an air bubble coming up to the surface.  They are clear but have a cross-like mark that looks a little like a tiny propeller. Like their larger cousins found in saltwater, freshwater jellies do have tentacles they use for swimming and paralyzing their prey. But our freshwater jellyfish are so small their minuscule tentacles have no effect on humans.

Occasionally I hear about a smack – yes – that’s what it’s called – a smack of jellyfish in a lake up here in the Northwoods, where I live. The first time I saw jellyfish I just about jumped out of the boat – I was so excited! Freshwater jellyfish are not native to North America and hail from the Yangtzee River in China. They probably got here by hitching a ride with ornamental aquatic plants such as water hyacinth. But they are still quite rare and don’t seem to cause any trouble in our lakes.

But these little guys are very hard to find – here one year and gone for the next five, present in a few area lakes but completely absent from most.  One weird thing about them is that a population of jelly fish is usually either all male or all female. And they have a most bizarre and complicated life cycle for such a little critter, and the swimming, pulsating penny-sized form we usually see is just the most obvious of four separate life stages (and that stage doesn’t last all that long – only a few weeks!) If you see them, consider yourself lucky!

That’s it for this week! Thanks for tuning in everyone. Next week’s big question: Paul (8) from Madison wants to know what’s up with waves.