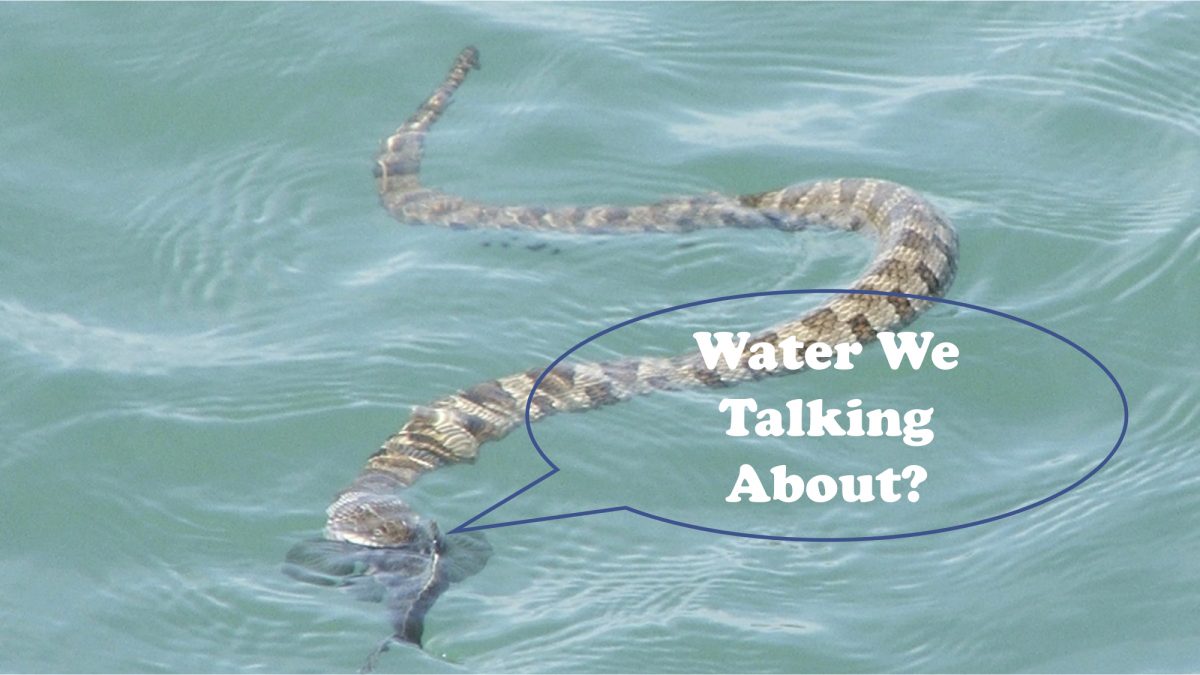 It’s a gloriously warm and sunny Friday in our neck of the woods. But, before you abandon your screen for some time with Mother Nature, tune in to Water We Talking About?

Kids have questions and we find answers. This week, Logan, a 4th grader from Arbor Vitae, Wisconsin has concerns about water snakes.

Hi Logan! Thanks for sending in your question.

While lots of people have concerns about snakes, these amazing animals usually don’t deserve their dangerous reputation. Here in Wisconsin, we only have two species of venomous snakes (both rattlesnakes that live in the southwestern part of the state).

We sent your watersnake (yes, it’s just one word!) question to Kristin Stanford, the education and outreach coordinator at Ohio State University’s Stone Lab, which is located on an island in Lake Erie.

Around Lake Erie, Kristin is literally called “The Snake Lady,” because she spent her years as a graduate student at Northern Illinois University researching the Lake Erie watersnake – which was listed in 1999 as a federally threatened subspecies of northern watersnake.

You’ll be glad to know that the story has a happy ending thanks in large part to Kristin, who helped lead a massive education and conservation effort to protect habitat and teach homeowners, boaters and anglers about why they shouldn’t fear the watersnake. The Lake Erie watersnake has since been “delisted” – basically, they went from fewer than 2,000 individuals to more than 10,000, so scientists could stop worrying that they would go extinct.

Kristin got bit A LOT during her research, so she should know a thing or two about the dangers of a watersnake. Here’s what she had to say:

Watersnakes do have anti-coagualative properties in their saliva (as do some other species of snakes), which may cause a bite from a watersnake to bleed a little more than what you might expect from a similar-sized scratch.

However, they are in no way harmful to people or pets and you would not need to go to the hospital or seek any medical attention from a bite. Simply wash the area with soap and water, and if the bleeding still persists, you could put a Band-Aid on it (Neosporin too..if you’re really worried about it! )

I have been bitten literally THOUSANDS of times and I can count on one hand the number of times I’ve actually used a Band-Aid for one of the bites. Hope this helps!

You can see a little bit more about Kristin’s work in the video below and by going to her website – http://www.respectthesnake.com/

That’s it for this week. Thanks for tuning in! Next week’s big question: Jack, 8, veers a little bit outside the realm of limnology and takes us to the moon, while Ms. Hilts’ 7th grade class has some fishy questions…