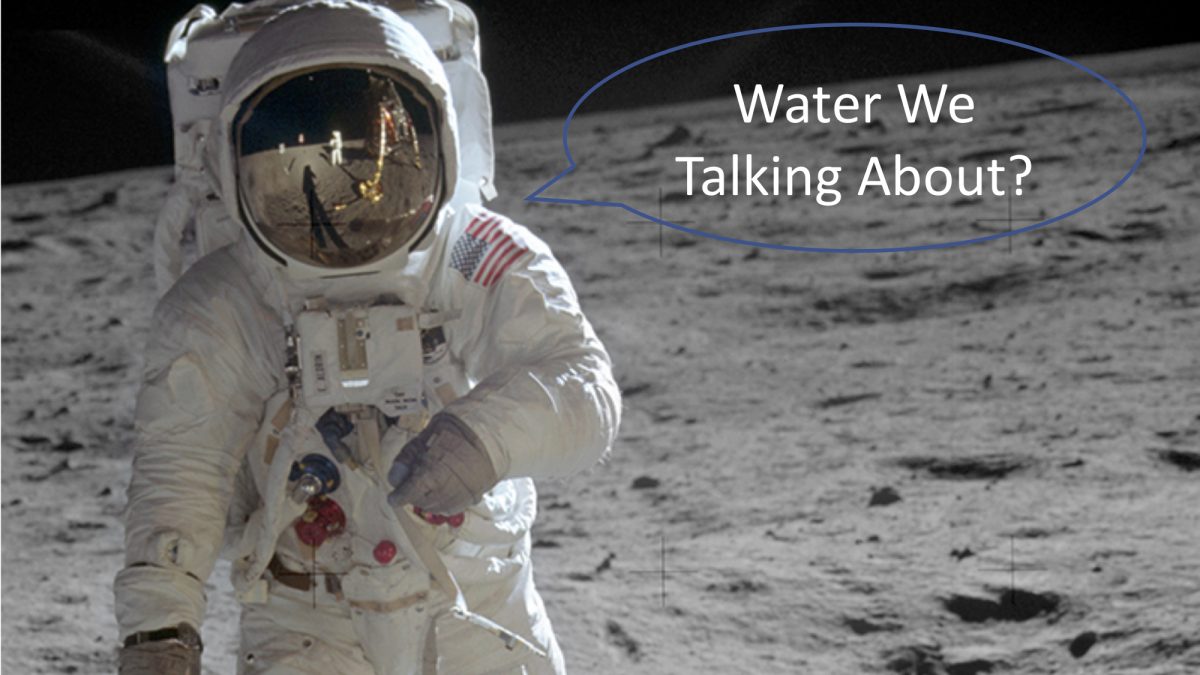 Happy Friday! It’s that time again – when kids across Wisconsin (and the country, really) sending questions and we track down real-life scientists to answer them. This week Wisconsin’s leading fish expert and a  – Water We Talking About?

This week, 8-year-old Jack, from Madison, wonders about the moon, while Ms. Hilts’ 7th graders ask us so settle a pretty fishy argument!

Would the earth have water with no moon?

Hi Jack, thanks for the question! If anyone thought an extraterrestrial question would stump us, well, they were right. But we have friends in high places! Maggie Turnbull is an astronomer and astrobiologist stationed right here in Wisconsin. From her home in the Northwoods, she spends her days on her computer analyzing data from satellites and telescopes as she looks for other planets that might just have the right conditions for life. (Seriously, she joined us once for Science on Tap-Minocqua and told us all about it!)

She also, apparently, checks her Facebook feed, where she was roped into this conversation!

That’s a really good question — Earth’s water was delivered by asteroid impacts, thanks to Jupiter stirring up the icy bodies in the outer solar system. The moon formation was an earlier giant impact with a Mars-sized body that probably did remove earth’s entire atmosphere and any water, but the oceans re-accumulated later from the asteroid impacts. (The molecule make-up of) our type of water matches the water in the outer asteroid belt and beyond. So in that sense, no, we would still have oceans without the Moon. BUT…if the Moon-forming collision had never happened, the Earth’s crust might be too thick to allow for plate tectonics and cycling of the atmosphere — and the planet may have suffered a runaway greenhouse effect and lost its oceans like Venus did.

So the answer, Jack, is Yes and No. If the moon headed off to greener space pastures right now, we’d keep our water here on Earth. But, if the moon had never come to be … well, let’s just say that we wouldn’t be having this conversation!

“What’s the best way to catch a catfish? We have a debate going in our online discussion board (gotta love virtual learning!), with lots of ideas from students. Another student wanted to know “How big is the biggest freshwater fish?”

Hi Ms. Hilts’ class! We remember way back when Emily was a communications intern here at the Center for Limnology – you’ve got an awesome teacher, we assure you! To answer your questions, we knew just the guy. John Lyons spent more than 30 years as the fisheries research supervisor at the Wisconsin of Department of Natural Resources. He’s now the curator of fishes at the University of Wisconsin Zoological Museum. So you are getting advice here from the first guy we’d choose to be fishing buddies with! (Seriously, he also joined us once for Science on Tap-Minocqua and told us all about it!)

Here’s what he had to say. I hope you’re ready, because John’s about to drop some real fisheries knowledge!

First, there’s no single answer to this because there are so many different kinds of catfish. The latest count is about 3,100 different species! Catfishes live in all sorts of different places throughout the entire world and vary tremendously in how big they get and what they eat. So the best way to catch a catfish depends on where you are and what kind you’re fishing for. But let’s narrow things down a bit.

Wisconsin has 8 different species of catfish. All can be caught on hook and line, but when most Wisconsinites talk about catfish fishing, they’re referring to the Channel Catfish. This species is common in larger rivers and lakes throughout the state (including the Madison lakes), can grow to more than 30 inches long and 20 lbs in weight, is a tremendous fighter, and is great to eat. The Channel Catfish has a very broad diet, consuming live and dead fish, crayfish, worms, insects, and basically anything else meaty that it can swallow. So lots of different baits will work. But one of my favorites is “stink bait.”

Channel Catfish have a very well-developed sense of smell and taste, and they can detect and are attracted to smelly dead and decaying  organisms on the bottom. Serious catfish anglers take advantage of this behavior and concoct all sorts of homemade stink baits: gooey, smelly, and frankly disgusting blends of meat, blood, cheese, peanut butter, and special secret ingredients to lure catfish. But you can also buy pre-made stink baits at fishing stores. A big gob smeared on a treble hook that is then allowed to sit on the bottom can be deadly. Just avoid getting any on your hands or clothes – it really reeks!

Secondly answer to the biggest freshwater fish depends on how you define “freshwater fish.” The biggest fishes found in freshwater are in the Sturgeon family. The Beluga Sturgeon (native to parts of Russia, Iran, and adjacent countries, and famous for its eggs, which are used to make very expensive caviar) is the champion, with the largest specimen known reaching 23 ft long and weighing almost 3,500 lbs. The White Sturgeon, found in the western United States and Canada, can reach nearly 20 ft long and almost 1,800 lbs. But both of these species are anadromous – they spawn and spend their first year or so in freshwater but then migrate to saltwater for most of their life, returning to freshwater only briefly for spawning, which doesn’t take place every year. They can live to be over 100 years old, with most of that time spent in saltwater where nearly all of their growth occurs. So you might consider them only partly freshwater.

The largest fish that lives its entire life in freshwater is the Mekong Giant Catfish, found in the Mekong River in southeast Asia. This species can grow to almost 10 feet long and weigh over 650 lbs. This species and the Beluga Sturgeon are highly endangered and almost extinct, in large part owing to overfishing (Editor’s Note: and also to habitat loss thanks to dams). The largest fish in Wisconsin is the Lake Sturgeon, which can reach more than 6 ft in length and over 200 lbs in weight.

There you have it – now you know a little more about big, giant fishes and our big, giant moon! That’s it for this week. Thanks for tuning in! Next week, Ethan, 5, wants to know about muskrats. Where the heck do those little guys disappear to when they reach the shore?