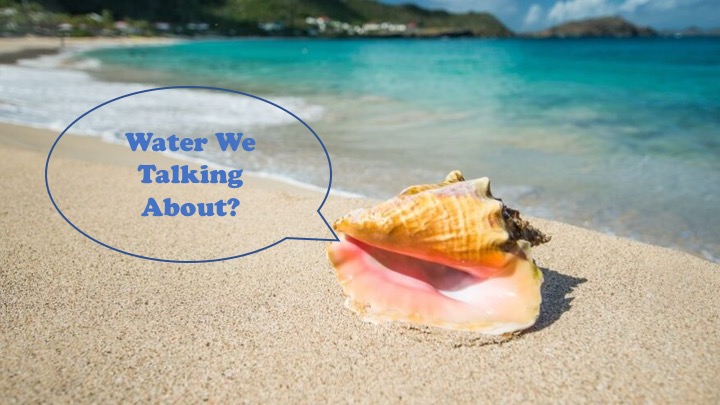 Hi Johnny, what an awesome observation! We sent your question around the office (well, okay, no one is physically in the office, so we sent a group e-mail, but still..) and all sorts of suggestions came up. It turns out that it took a village to answer this one! Not surprisingly, our graduate student Vince Buttita, who is researching freshwater mussels and is a self-described “amateur beach-comber and lover of shelled animals” chimed in first.

Hi Johnny, Great question! As a lover of all things shell related, I agree with you that it would be way cooler if our lakes delivered to us mysteries from their depths like the ocean does twice a day. It’s not that lakes don’t have snails and clams, which they definitely do! (And if you have a keen enough eye, you may spot the occasional shell on the shoreline or in a pile that a recently well-fed muskrat left nearby.) But, unlike the ocean, the lake doesn’t have the same strong pull of high tide and low tide and, in most cases, the big waves that deliver the shells up on shore. On a lake, your best bet is to go out after a big storm and look for places where a lot of little sticks and aquatic plants have been washed up by waves. Among the debris you may be lucky enough to find a snail or mussel shell too and who knows what other stuff the lake may push up on shore! – Vince

So, Johnny, part of the answer to your question is that the ocean is simply a more dynamic body of water – strong tides and big waves are just better at carrying shells from the bottom up onto the beach. But this is only part of the answer.

Even if a lake dumped all of its shells on shore, those shells wouldn’t be quite as, well, cool as a lot of the ocean-dwelling variety. You’d get some brown and white freshwater mussel shells and, in some of our lakes, a ton of tiny invasive zebra mussel shells and maybe a few snail shells, but it would be nothing like the diverse spread of shells in the ocean – conch, oyster, scallop, clam, limpet, periwinkle – the list goes on and on. So, what gives?

Well, Aaron Koning, a former CFL grad student who is now at Cornell University, and Vince both weighed in on that as well.

I think the answer is related to the geologic age of the lakes. Lakes in Wisconsin are only about 15,000 years old. Compare that to the oceans, which are 4+ billion years old. So there’s been much less time for life to evolve in the Great Lakes, or in the glacial lakes of the Midwest. – Aaron

Lakes are too young, especially around here for evolution to work its diversifying magic. This is why in the southeast U.S. there is way more diversity of mussels and snails and freshwater organisms with shells – they’ve had more time. – Vince

So, while strong tides and waves make the ocean good at delivering shells to shore, it’s the process of evolution that has given the ocean more shells to deliver. But, I’m sorry to tell you, Johnny, there is still MORE to your question. This is a little wrinkle to the whole story that Noah Lottig, our research scientist up at Trout Lake Station pointed out.

There’s a lot less calcium in our lakes than the ocean, so there’s going to be less diversity of shells. – Noah

You see, mollusks need calcium to build their shells and, when a water body is low on calcium, well, it’s also low on any organisms that require shells to survive. We even see this here in our part of the world. In the Great Lakes and a lot of inland lakes in Wisconsin and Minnesota and Michigan, we worry about the impacts of big invasions of zebra mussels. But, just north of us in Canada, there are a lot of lakes with no such worries, simply because they don’t have enough calcium dissolved in their water for zebra mussels to develop their shells!

And that, Johnny, is officially it. It’s all we know about the surprisingly complicated question that arose from your very astute observation about Florida and Wisconsin beaches. Thanks so much for putting us on the case and happy shell hunting! We’ll see you next week!

If you’re a kid with a question of your own, ask us at hinterthuer@limnology.wisc.edu – @WiscLimnology on Twitter – or our Center for Limnology Facebook Page!