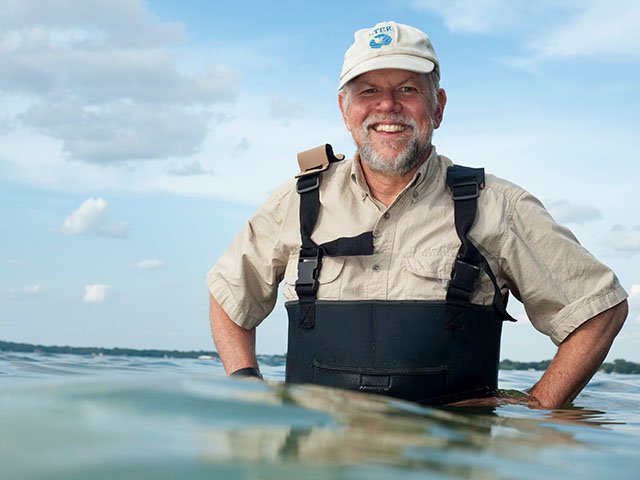 When the results of the Asahi Glass Foundation’s 31st “Blue Planet Prize” were announced last week, the list of winners was short.

One was the King of Bhutan.

The other was the former director of the Center for Limnology, Steve Carpenter.

According to the Asahi Glass Foundation, which administers the annual award, the Blue Water Prize began in 1992 after the 1991 Earth Summit in Rio de Janeiro, Brazil “brought researchers, politicians, and others working toward environmental preservation from around the world together to discuss ways to improve the relationship between humankind and the environment.”

The award is given out each year to two individuals or organizations working to make the earth more sustainable.

Carpenter received the award in recognition of more than 40 years of research on lake ecosystems. This work, the Foundation wrote, provided the world with “a new perspective on social-ecological systems” and highlighted the global issue of human use of phosphorus and nitrogen as agricultural fertilizers and their pollution of our freshwater systems.

“I am challenged and humbled by the Blue Planet Prize,” Carpenter says. “This mission is the greatest challenge of our time, and we all have much work ahead.”

That work will be critical to balancing both human and ecological needs for food and freshwater. Carpenter says the Prize will enable him to “continue my work to build resilience of nature in working landscapes, improve the flow and quality of freshwater, and engage science and the public in the search for transformations that support both life on Earth and human wellbeing.”

“I deeply believe in the mission of the prize ‘to repair and preserve the ecosystems that keep us and the multitude of other species with whom we share the Earth alive and well,'” he says.

We at the Center for Limnology couldn’t be prouder of Steve (or less surprised). It is a well-deserved honor and one that will, hopefully, help us move toward a more sustainable future for our freshwater.

More about the award can be found here: https://www.af-info.or.jp/en/blueplanet//introduction.html