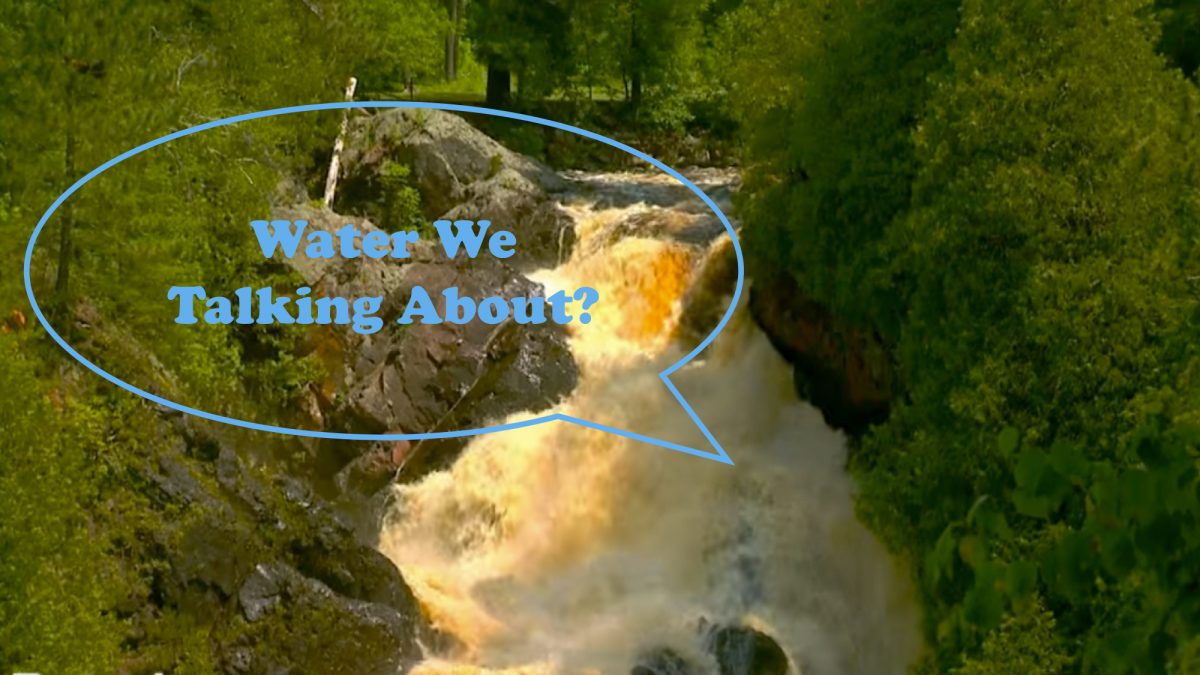 The idea is simple – kids have questions and we have scientists with answers. We’re all stuck working and studying from home, so (home)school is now in session!

Sometimes the lake water looks like root beer. How does it get that way?

Hi Charlotte. Water can look like root beer in two ways – it can get really, really foamy and it can be a dark brown color. Amber White knows why. She is a graduate student in the Environmental Chemistry and Technology Program at UW-Madison and studies how chemicals move through lakes and streams. She’s seen A LOT of different colored lakes – she spent last summer collecting samples on more than 20 lakes across all of Wisconsin and drove 12,000 miles to do it! Here’s her answer:

Thanks for the great question, Charlotte! If you’re like me, the first thing you notice about a lake is the color of the water. I have seen it look like “root beer” frequently when traveling around Wisconsin studying lakes.

When plants decompose in a lake or fish poop or any other process occurs where tiny, tiny molecules of elements (mostly carbon) are release into the water, that’s DOM. When you put bag of tea into hot water, it eventually changes color – that’s dissolved organic matter at work!

Generally, a dark brown lake will have DOM that mostly came from the plants and trees that live in and around that lake, while a lake with clearer water likely has DOM from the bacteria and algae that live in it.

While the DOM gives water its color, it is also important to making the foam piles you saw. The foam comes from the mixing of water and air and is why you see the foam in areas of fast-moving water like at the bottom of waterfalls and along the shoreline of lakes on windy days.

Normally, the mixing of water and air can be very difficult, and you won’t see a build-up of foam. However, in lakes with a lot of DOM, the DOM makes it easier for the water and air to mix and you get lots of foam produced.

You can test this out at home using some common kitchen supplies! Fill an empty bottle or jar with a lid (i.e. empty water or pop bottle, mason jar, etc.), about one-fourth of the way with water, replace the cap, and shake hard!

You should notice some bubbles forming, but no foam. Now, add a few drops of vegetable oil. You should notice the oil and water won’t mix. Close your bottle and shake hard again! Now you will have more bubbles and some foam forming. Adding more oil will create more foam. You can also try “coloring” the water by adding some tea or coffee to the water.

Eventually, the water should turn brown! You can also try making your own root beer-colored water with some leaves and a bucket of water for a fun outside activity.

The next time you are at a lake and notice it is foamy and brown, be sure to look for the plants and algae that make this possible! – Amber

That’s it for this week! Thanks for tuning in. Next week’s big question – what are those tiny things William and Luke found in a Pennsylvania pond?