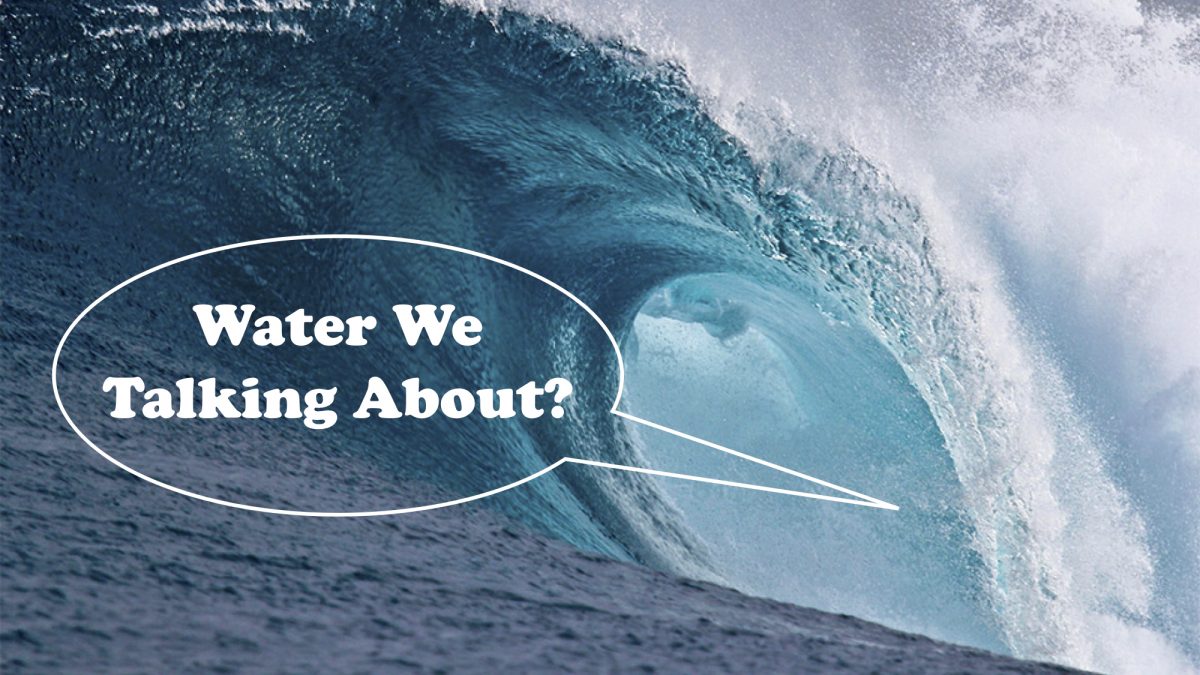 Remember when songs like this used to mean something? Well, it’s Friday again and, if that doesn’t exactly mark the end of the work week the way it once used to, it does at least mean that it’s time for Water We Talking About?

Kids have questions and we find answers. This week, Paul from Madison wondered about waves.

What causes big waves on a lake? Is it just wind?

Hi Paul! Thanks for your question. (And, regarding your other question about foamy water, Amber White answered that one in our April 17th “episode.” Be sure to check it out – there’s even an at-home experiment you can try!).

But, back to the waves. While limnology is the study of inland waters, our expertise doesn’t technically extend to the physics of waves, so we couldn’t find an in-house scientist to tackle this one. BUT, never fear, we’ve spent the last week brushing up on waves so here’s what we can tell you.

First off, the answer to your question is “Yes and No.” Weird, right? Let’s start with the “Yes” part first.

Waves on lakes are mostly the result of wind and are called “wind-driven” or “surface” waves. Sure, we suppose a random earthquake could trigger a whitecap or a lake could be big enough for the moon’s gravity to pull a little water back and forth but, almost always, the waves you see on lakes are being created by wind.

Here’s a cool experiment you can try at home to make your own slow-motion waves.

Now, on to the second part of this question. Are big waves a result of “just” wind? Well, no. While wind makes waves, other factors on a lake determine just how big that wave can get.

First, there’s a thing called “fetch.” No, it has nothing to do with the family dog, it’s a word that, basically, means how much open water there is for wind to blow across. So, in Madison, Lake Monona has 3,274 acres of surface area. Compare that to Lake Wingra’s 321 acres and, well, you can guess which lake gets the bigger waves. But, if you think the waves get big on Lake Monona, you should ride your bike across the isthmus on a windy day to see what’s going on on Lake Mendota. It’s surface area is more than three times the size of Lake Monona at 9,847 acres and it can get some pretty impressive waves.

There’s also one other lake measurement to consider when thinking about waves. And that’s how deep the water is. In general, the deeper the water is, the faster and larger a wave can become. So, if you know that the average depth of Lake Monona is 27 feet, while Lake Mendota’s is 42 feet, then you have a pretty good idea that Mendota’s going to make bigger waves.

But, here in Wisconsin, we also border two of the biggest lakes in the world – Lake Superior and Lake Michigan. They make our Madison lakes look like little kiddie swimming pools by comparison. Lake Superior, for example, is the largest lake on Earth by surface area (20,287,963 acres!) and has an average depth of 483 feet.

So, not surprisingly, it can produce some truly epic waves. A “big” wave on Lake Mendota might be 3 feet high, but, during a storm on Oct. 24, 2017, a buoy in Lake Superior recorded 29-foot high waves north of Marquette, Michigan!

So, now you know – wind makes the waves and things like surface area and depth control just how big they can get. And if you’re still not convinced about the power of the wind, check out this video we made from several years ago when strong winds from the north blew across Lake Mendota when the water was still mostly solid. It shoved ice all the way across the lakeshore path!

That’s it for this week. Thanks for tuning in! Next week’s big question: Logan, a 4th grader from Arbor Vitae, Wisconsin has a question about water snakes.