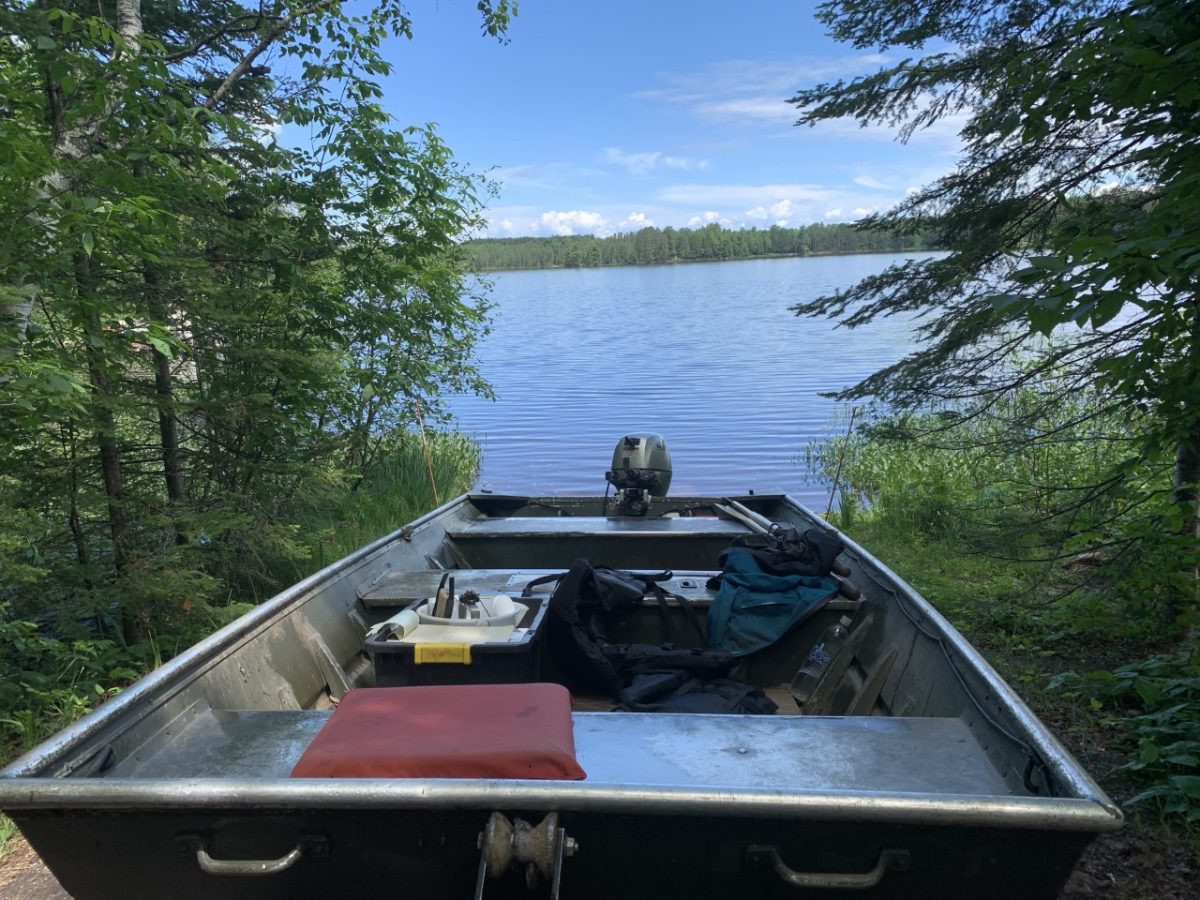 by Cassie Gauthier – When many people think of a scientist, they think of someone in a white lab coat spending every second of their day trying to discover the next big breakthrough and that their life is very different from the rest of us. They talk in big fancy words that are hard to pronounce and sometimes seem like they know too much. But is this really how most scientists are?

Think back to your last year of high school. What were you spending most of your time doing? It probably consisted of a combination of spending time with friends, playing sports, getting yelled at by your mom to do the dishes, feeling stuck in a high school you wanted to move on from and worrying about what the next few years of your life would look like.

When Holly Embke, a current Ph.D. student at the Center for Limnology, was in high school, she was doing much of the same things. She grew up in Eau Claire, Wisconsin and her family owned a cabin on the Turtle-Flambeau Flowage, which allowed her to spend a lot of time outdoors and around bodies of water. Most of her family took careers in business and enjoyed their time fishing and living in Wisconsin. Holly, however, didn’t really know much about what she wanted to do for a career or even where she wanted to live. But then again who does when they are eighteen? At the time Holly didn’t even know there was such a thing as a career in lake ecology. What she did know, however, was that she was going to spend her next few years as an undergraduate at McGill University in Montreal, Canada just like the 40,000 other students attending the university.

While at McGill, Holly had her first two big exposures to studying aquatic ecosystems and fish. First, she had the opportunity to do independent research in a paleolimnology lab, studying what ancient lakes can tell us about our current freshwater environments. She also landed a summer internship in Seattle with the National Oceanic and Atmospheric Administration.

When Holly graduated from McGill, she was still unsure about what she wanted to do for a career and applied for various jobs and graduate school positions. She landed a graduate student position at the University of Toledo in Ohio and spent her time studying the interaction between river flows and Grass Carp in Lake Erie. These years helped Holly gain close mentors who helped guide her in the direction of working towards a Ph.D. at the Center for Limnology in Madison. So, in the summer of 2017, Holly packed up and moved to Wisconsin to begin her graduate research project north of Minocqua at Trout Lake Station.

Her work in the Northwoods is on two lakes: McDermott Lake and Sandy Beach Lake. The project is a five-year study on walleye and how their populations are impacted by our changing climate and their interactions with bass and sunfish. Holly’s first summer on these lakes was spent taking accurate assessments of the current fish populations. She is now finishing a three-year period removing around 100,000 other species of fish from the lakes each summer, the majority being bluegill, pumpkinseed, and bass. Next summer, she will be spending the final year of the project assessing the size of the walleye population in the lake and how the removal of other fishes has affected it.

Holly returned to Trout Lake Station this summer for the fourth year in a row. When I asked her to explain what her time at Trout Lake Station has been like so far, she didn’t hesitate to say, “Trout Lake Station is incredible. I can’t imagine a better place to do research. There are all the resources you could ever need and people there are very kind and willing to help. Interactions on station feel like you are at a research summer camp that is really special and has a ‘Northwoods hominess’ feel. All people there are doing really cool and different things in the same location that you can hear about, and it makes you think about your surroundings in a whole different way.” And, while I can assure you that she is enjoying her work on station and very dedicated to it, she also takes time like most people living in the Northwoods to relax and kayak, hike, hunt for mushrooms, and even sometimes watch a little bit of Netflix (now that the station has reliable high-speed Internet!)

Holly, like many scientists, doesn’t feel like she is any different from anyone else who fishes, swims, or spends any time on the lakes around the area she researches and hopes people do not see a division between science and themselves. Holly explained that her ideal interaction with someone about her research would be a collaborative effort, “I don’t want to just tell them what I know, I want it to be a two-way conversation. A lot of the public has been spending time around the lakes for years and have a lot more knowledge about the lakes than me.” She hopes that every time she has the opportunity to share her work that she can learn something from who she is sharing with.

Next time you see a scientist talk with them. Learn about their lifestyle and job and I bet you will find it is more similar to yours than you thought. They would probably like to hear your thoughts, and who knows, you might even be able to teach them something and help them with their work!