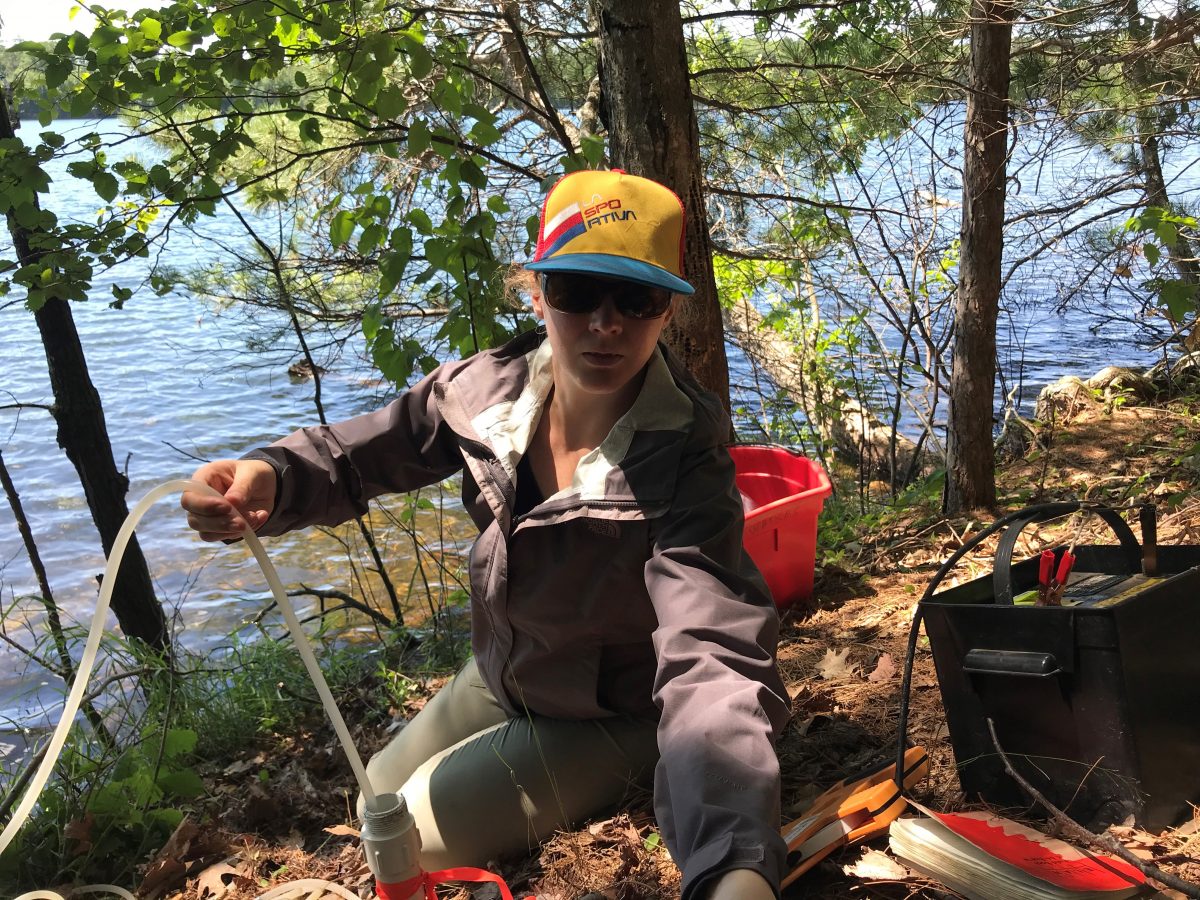 FOR IMMEDIATE RELEASE – Many North American lakes are getting saltier, thanks primarily to the road salt used to keep winter roads free of ice and snow. While this salt can keep precipitation from freezing on surfaces, it also ends up flowing into nearby waterways – especially as warmer temperatures melt piles of plowed snow and send a pulse of salty meltwater into the surrounding environment.

But, according to a study published this month in the journal Limnology & Oceanography Letters, instead of big doses of salt delivered with “pulse events,” the salinization of many lakes plays out more gradually. And that “slow and steady” process has implications both for future salinity levels as well as attempts to keep our freshwaters fresh.

It all starts, says Linnea Rock, co-author of the report and a graduate student at the University of Wisconsin-Madison’s Center for Limnology, with how water moves into and out of a lake.

In a surface water-fed lake, salt flushed into upstream waters is rapidly carried into the lake by a stream or river. That means large amounts of dissolved salts can be quickly delivered, but it also means that, once winter is over and we stop using road salt, new water flowing in can flush the salt out.

But many lakes, called seepage lakes, don’t have rivers and streams carrying water in and out. Instead, they are fed by groundwater – water that is held up in soils or in cracks and pores in bedrock. Groundwater takes a much longer time to work its way into and out of a lake. In places with high road salt use, this groundwater still carries large amounts of dissolved salts with it, but that “dose” of salt is delivered in smaller amounts over a much longer period of time.

This can have a big impact on salt dynamics in a lake. For example, Rock and her colleague, Hilary Dugan, explored the salinization trends in Sparkling Lake, a seepage lake in northern Wisconsin. In the region, groundwater flows from East to West, and Sparkling Lake has the unfortunate luck to be situated to the west of a regional highway that is salted in the winter. A scientific paper published in the early 1990s had forecast that Sparkling Lake’s salt concentrations would top out at eight parts of chloride per milliliter when it reached a “steady state” where the amount of salt coming in equaled the amount going out.

However, data collected by the North Temperature Lakes Long-Term Ecological Research (LTER) program – a National Science Foundation-funded project that has monitored conditions on Sparkling Lake and ten other Wisconsin lakes since the 1980s – showed that the lake passed that threshold years ago and now sits at twelve parts per milliliter.

When Rock and Dugan looked at this real-world data and began running computer models that considered things like soil retention and groundwater seepage, they found that Sparkling Lake is still getting saltier and won’t level off in chloride concentration until it is more than double that 1990s forecast – largely because the amount of salt stored in the soil and groundwater is still trickling into the lake.

Considering that 59 percent of northern Wisconsin lakes are seepage lakes, Rock says, this finding indicates that “slow and steady” salting is likely far more prevalent than originally considered since current salt concentrations in those lakes may not reflect the amount of sodium and chloride still built up in the soils and groundwater surrounding them. And that means that efforts to reduce salt use won’t see immediate results in seepage lakes.

“This concept of a ‘slow and steady’ salinization shows that, even if we reduce salt, we might not see the effects for decades,” says Rock.

Even so, scientists are hopeful that freshwater salinization is one environmental problem that can be solved. If we reduce the amount of salt we use on land, it will also reduce the amount of salt in our lakes as fresher water cycles through. In the case of seepage lakes, however, we’ll just need to make sure we give plenty of time for those low-salt diets to show results.