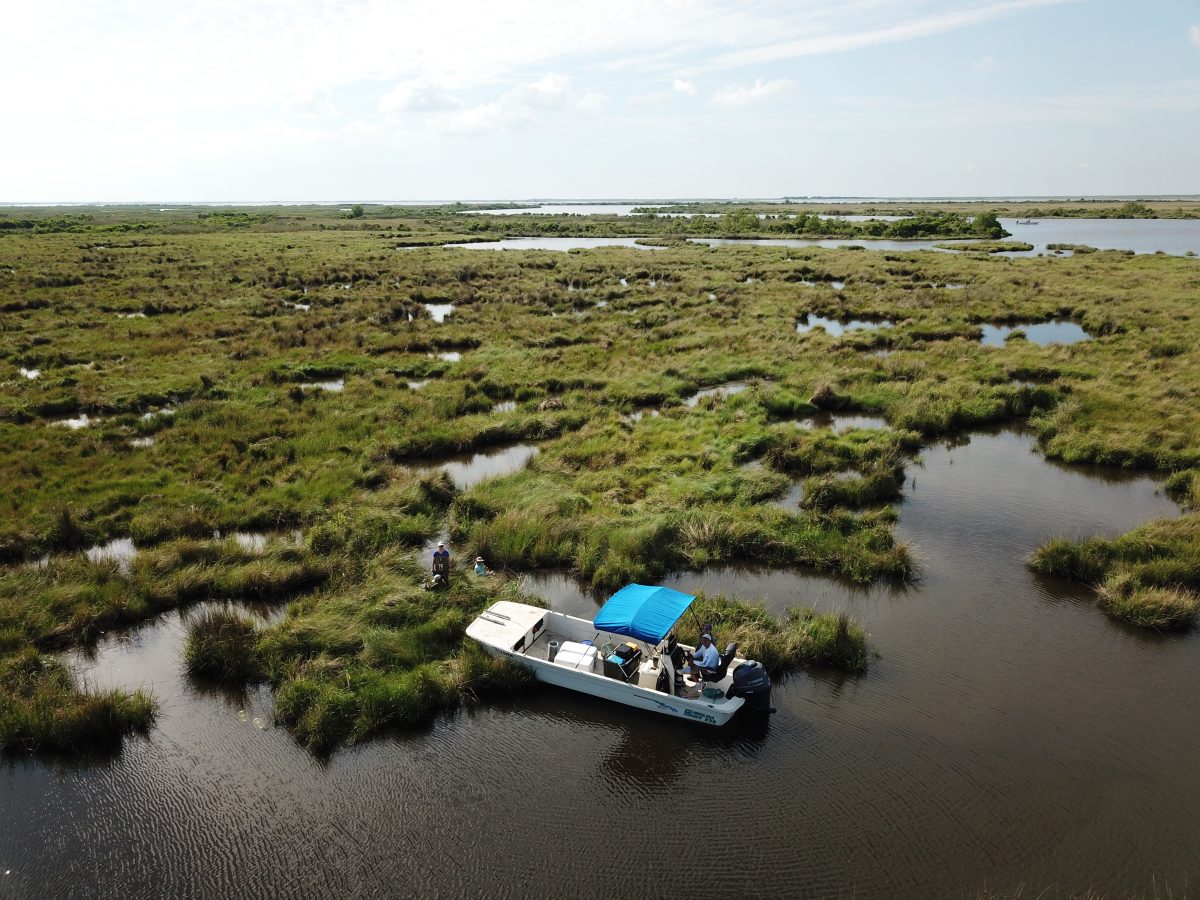 In the ecological sciences it is generally accepted that, the bigger an organism, the higher its position or “trophic level” in the food web. There are, of course, obvious exceptions – wolves and lions are dwarfed by most of their four hoofed prey – but, more often than not, the maxim holds true. The bigger you are, the more options you have for prey and the fewer predators you have to worry about.

That’s especially true in open-water marine ecosystems, says Friedrich Keppeler, a post doctoral researcher at the University of Wisconsin-Madison’s Center for Limnology. On land, he explains, the organisms that make up the base of the food web – called primary producers – are plants that can be food for tiny organisms but also elephants and giraffes.

However in marine habitats, the primary producers are often single-celled, free-floating algae called phytoplankton and “it’s very hard for a large organism to exist on the bottom of that food web. It cannot catch all this tiny prey,” he says.

These predator-prey dynamics are important for the landscape theory of food webs and, in order to better understand how they work, Keppeler and a team of researchers decided to do a deep dive into the food web dynamics of the bays and bayous along the Louisiana coast.

To get at answers, the team used a wealth of scientific data collected by various researchers and agencies in Barataria Bay, which has been the site of intense ecological monitoring efforts as Louisiana embarks on an ambitious project to protect the state’s rapidly disappearing coast from rising seas and shoreline erosion.

In all, the team analyzed more than 1,500 samples collected from 77 different taxa, or species, of bird, mammal, fish, insect and plant that called coastal Louisiana wetlands home. Using a method called stable isotope analysis – which is essentially looking for specific molecular components in tissue samples – they were able to learn not only what an organism had been eating, but also where it spent its time.

Keppeler is the lead author of a report on their study that was published earlier this month in the journal Limnology and Oceanography Letters.

Keppeler and his team found a strong, positive relationship between an organism’s body size and its place in the food web. They also found that, the bigger the organism, the more likely it was to create common ties between the food webs of other habitats, a process called “coupling.”

For example a larger organism, like a spotted seatrout, may get some of its food in open waters where schools of smaller plankton-eating fish can be found. But seatrout will also move into the coastal saltmarshes where young fish seek cover.

“As you get larger, it’s easier to move around, you spend less energy per gram to move and you travel greater distances and end up interacting with more and more species and more kinds of prey,” Keppeler explains. The result is what is called “food web coupling”

That means these larger, more mobile members of a food web can build a link between, for example, the open waters off the coast of Louisiana, where the base of the food web is composed of phytoplankton and the coastal marshes where aquatic plants provide the initial source of energy that organisms like aquatic insects then bring into the food web.

Keppeler says his study can serve the practical scientific purpose of helping researchers more confidently create models of food webs knowing that these sized-based trophic relationships work. But, he says, it also underscores the importance of larger predators in creating stability in a system.

“Knowing that these things are true about trophic level and body size,” he says, “then the coupled systems should be more stable. If we start killing top predators, something that has been done in many ecosystems, then we lose the connections [between different habitats and food webs].”

When that happens, he explains, then you get systems dependent on a single primary food source and there is a higher chance of species becoming extirpated or even extinct. It’s a little like the “portfolio theory” in finance, he says. It is usually not a good idea to put all of your eggs in one basket and count on a single stock for stability.

“When you’ve lost different sources of energy and you end up with only one source,” Keppeler says, “that may mean you’re in trouble.”