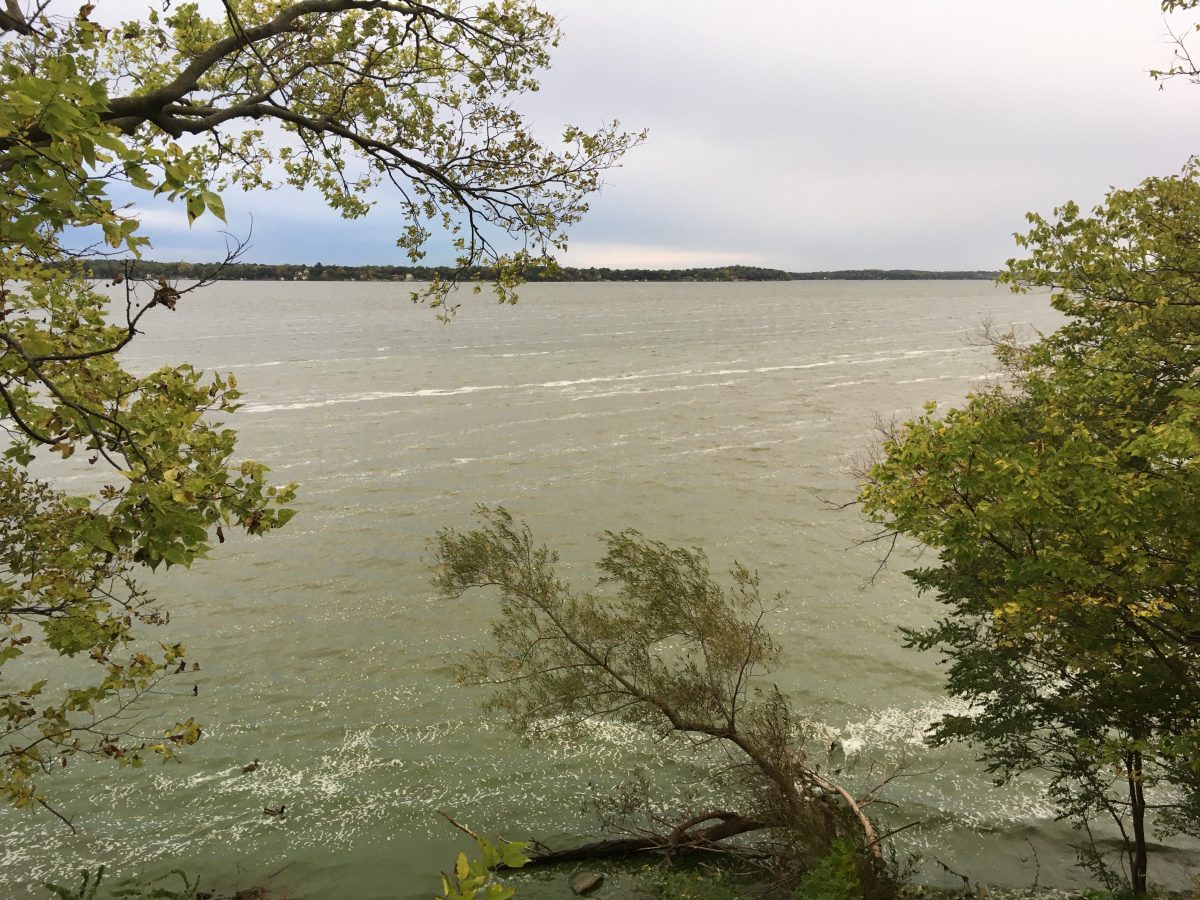 When you live in a state defined by lakes like we do here in Wisconsin, you often get a front-row view of just how dynamic and changing those bodies of water can be. Each day can look totally different from the next – we get the nearly Caribbean clarity of clear water phases, scummy green algae blooms, snow-covered expanses of ice and days with whitecaps breaking across the surface.

And, sometimes, when the wind is just right (like today), the surface of the lake is striated in perfectly parallel lines of white foam.

This is a phenomenon that has undoubtedly been observed since as long as there have been humans around to watch the wind blow over open water, but the first scientist to explain the phenomenon was a man named  Irving Langmuir, a chemist and physicist who would go on to be awarded a Nobel Prize.

In 1927, Langmuir was sailing upon the Sargasso Sea, a region of sluggishly circulating water, called a gyre, in the Atlantic Ocean. The Sargasso Sea is so named for a genus of seaweed call Sargassum which is often found floating on the surface and, if the wind is just right, is organized in perfectly parallel lines, or windrows,  just like the foam floating on the surface of Lake Monona on my morning walk today.

It was enough for Langmuir to ask a quintessentially scientific question – what the heck is going on here?

After returning home from his voyage, Langmuir documented the same phenomenon in Lake George, New York and, like any good physicist, he set out to explain it.

At the same time, where the surface water runs into other water, some of it sinks and creates a “downwelling.” The two motions form a “tube” of water that points in the direction the wind is blowing, but spins – or circulates – perpendicular to the wind. The surface of the lake eventually lines up in a series of these tubes and they rotate opposite of their neighbor, creating alternating rows of upwelling and downwelling and, stuck in those rows of downwelling, are anything that floats – from Sargassum seaweed to foamy bubbles.

If you really want a deep dive on the physics of it all, check out this great video:

The keys is for a steady – and not too strong – wind. Anything over about seven miles per hour and the lake surface forms a much more familiar sight – lines of waves headed toward the downwind shore.

This explanation of the physics behind there lake lines would eventually be published in the journal Science, helping the term “Langmuir circulation” enter the lake observer’s lexicon – although you’ll most often hear them simply called “Langmuir lines.”

The next time there’s a steady breeze, head to your nearest lake and see if Irving’s theory still holds true!