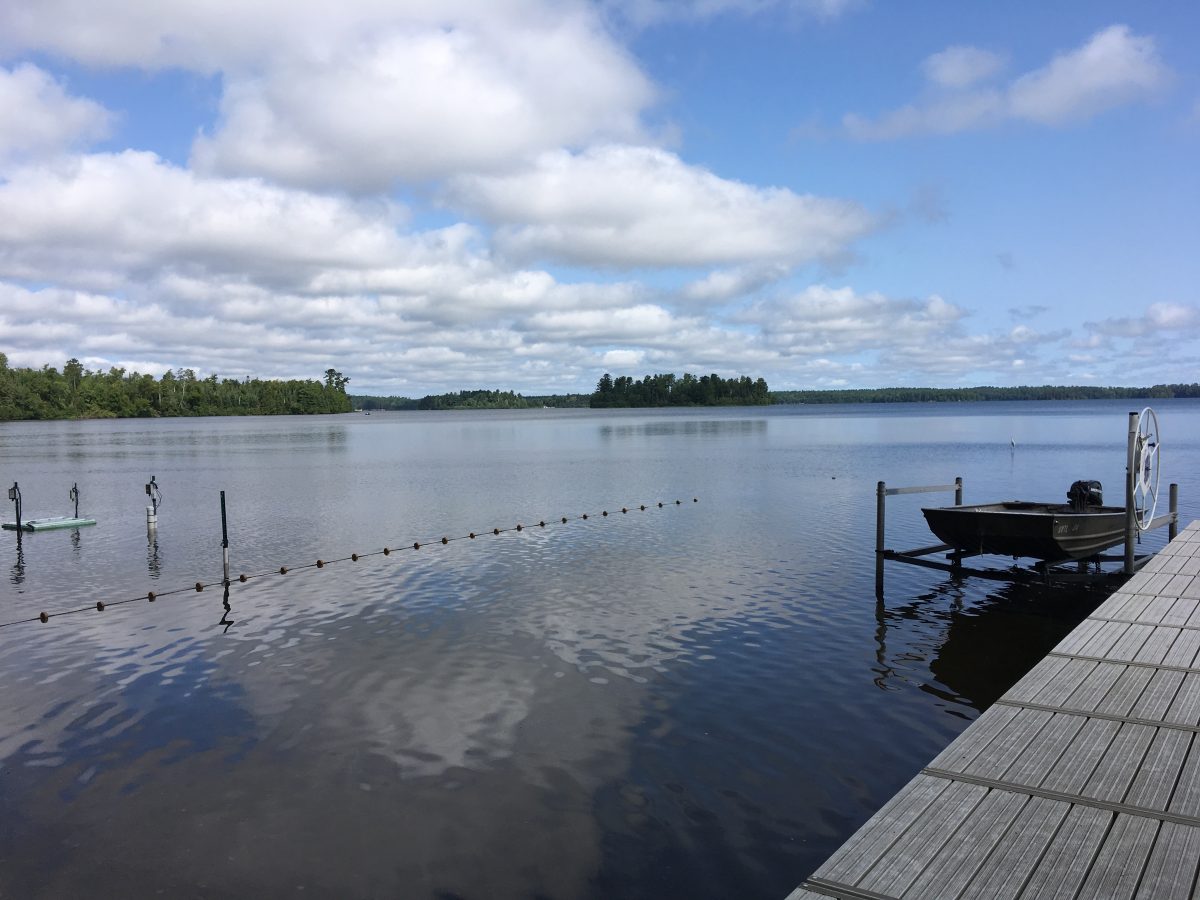 Seen from shore, it doesn’t look like a lot is going on in Trout Lake in northern Wisconsin. Aside from windy days that shove waves against its mostly wooded shoreline, the lake presents, more often than not, a smooth, picturesque surface of crystal-clear water.

But, peer beneath the surface or, more accurately, dig through decades’ worth of data – and a much more dynamic picture emerges.

According to a new study in the journal Limnology and Oceanography, over the last forty years, Trout Lake has been home to a veritable lake opera with different species seeing their fortunes rise and fall in an epic tale involving voracious apex predators, their prolific prey and a particularly disruptive foreign invader.

It is a story that was only able to be told because scientists have been continually studying Trout Lake since 1981, when it became a study site of the National Science Foundation’s Long-Term Ecological Research (LTER) program.

Because of LTER data, says Ben Martin, researchers were able to piece together the complex story of not one, but two major ecosystem changes, or “regime shifts.” While scientists have intentionally caused such shifts in experimental settings before, it is rare to see the phenomenon play out naturally.

“This is one of the major regime shifts, especially in freshwater ecosystems, that we’ve seen,” says Martin, a graduate student at the University of Wisconsin-Madison’s Center for Limnology and lead author of the report. “This study highlights the value of curating long-term datasets and the value in continuing to collect data and monitor ecosystems.”

The story in Trout Lake played out in three acts. From 1981, when data collection began, to 2006, the Trout Lake ecosystem was humming along in a state scientists often refer to as “equilibrium” with its food web dominated by three main characters.

Tiny, free-floating crustaceans called zooplankton formed the base of the food web and ate large quantities of algae, which helped keep the water clear. A small, silvery species of prey, or “forage,” fish called cisco ate the zooplankton. And lake trout, the large, apex predator that gave the lake its name, ate the cisco.

During this “first act,” cisco dominated the food web. They were the more numerous of the two fish species, which is the common arrangement in predator/prey dynamics, and their high numbers kept zooplankton populations in check.

But, Martin says, right around 2007, things changed. And the evidence for it was “hiding in plain sight.” One hallmark measurement in freshwater science is called “Secchi depth,” and is essentially a measurement of water clarity calculated by noting how far down a black and white Secchi disk can be seen as it is lowered into the water.

As Martin was looking through Trout Lake’s archive of Secchi data he saw that, “all of a sudden [in 2007] the depths were getting to six meters. That wasn’t normal. [For decades] it used to be four.”

Luckily, Martin had more data he could comb through to try to understand the change.

It turns out that lake trout numbers in 2007 were higher than at any other point since research on the lake began. What more, says Martin, “for the first time in the 2007 sampling, we started seeing smaller lake trout, which indicates that there was some natural reproduction going on.” Combined with the lake trout that the Wisconsin Department of Natural Resources stocks in the lake each year, these sources of new fish added up to a robust lake trout population.

And those lake trout were eating a lot of cisco. With fewer cisco in the lake, zooplankton populations exploded and consumed massive quantities of algae, adding two meters of depth to water clarity.

Martin says the casual observer would have been unlikely to spot the difference in the shift from four to six meters, but the signal stood out in the long-term dataset. And, since the LTER research team collects all sorts of other data – like zooplankton samples, fish population surveys and more, the causes behind the change were also captured.

While it is hard to point to what caused the initial shift in 2007, the culprit that kicked off “act three” was detected early. An invasive species of zooplankton, called the spiny water flea, had been found in Trout Lake in 2014 and the spiny water flea is known to be a voracious predator of the kinds of native zooplankton that graze on algae.

By 2015, the spiny water flea had started a second major shakeup in Trout Lake. It had already seen a cisco dominant regime, then lake trout sat atop the food web for several years. Now the lake had slipped into a novel situation – one where an invasive species of zooplankton inserted itself into the food web.

While water clarity moved back towards pre-2007 levels, that that doesn’t mean things were the same.

For starters, the spiny water flea competes for the same food resources as cisco, as both species eat zooplankton. And, while cisco will eat spiny water fleas, only the older, larger fish are able to fit them in their mouths. Young cisco are left with less food.

“Even though we have the same water clarity, we’ve lost a chunk of the cisco population and it’s because this tiny little invasive invertebrate is ecologically doing some very similar things [to cisco],” says Martin. That’s concerning because cold-water species of fish like cisco are struggling as lakes warm, which makes a deep, cold lake like Trout Lake especially important as a refuge. Regime shifts that tilt the odds out of their favor don’t bode well.

But, says Martin, the story isn’t finished. In fact, there may already be signs that Trout Lake is headed for yet another regime shift. Over the last two years, he’s not seen any spiny water fleas in his samples.

Martin hopes his study can illustrate just how important long-term monitoring of ecosystems can be. “There’s all sorts of little stories out there when you start looking at the data,” he says. “And they become more and more valuable as you capture more and more information with more certainty.”

So what will Trout Lake do for its next act? No one knows. But one thing is certain – LTER researchers will be there to make sure the story gets told.